Last Night of the BBC Proms 2013 Poised but few pyrotechnics 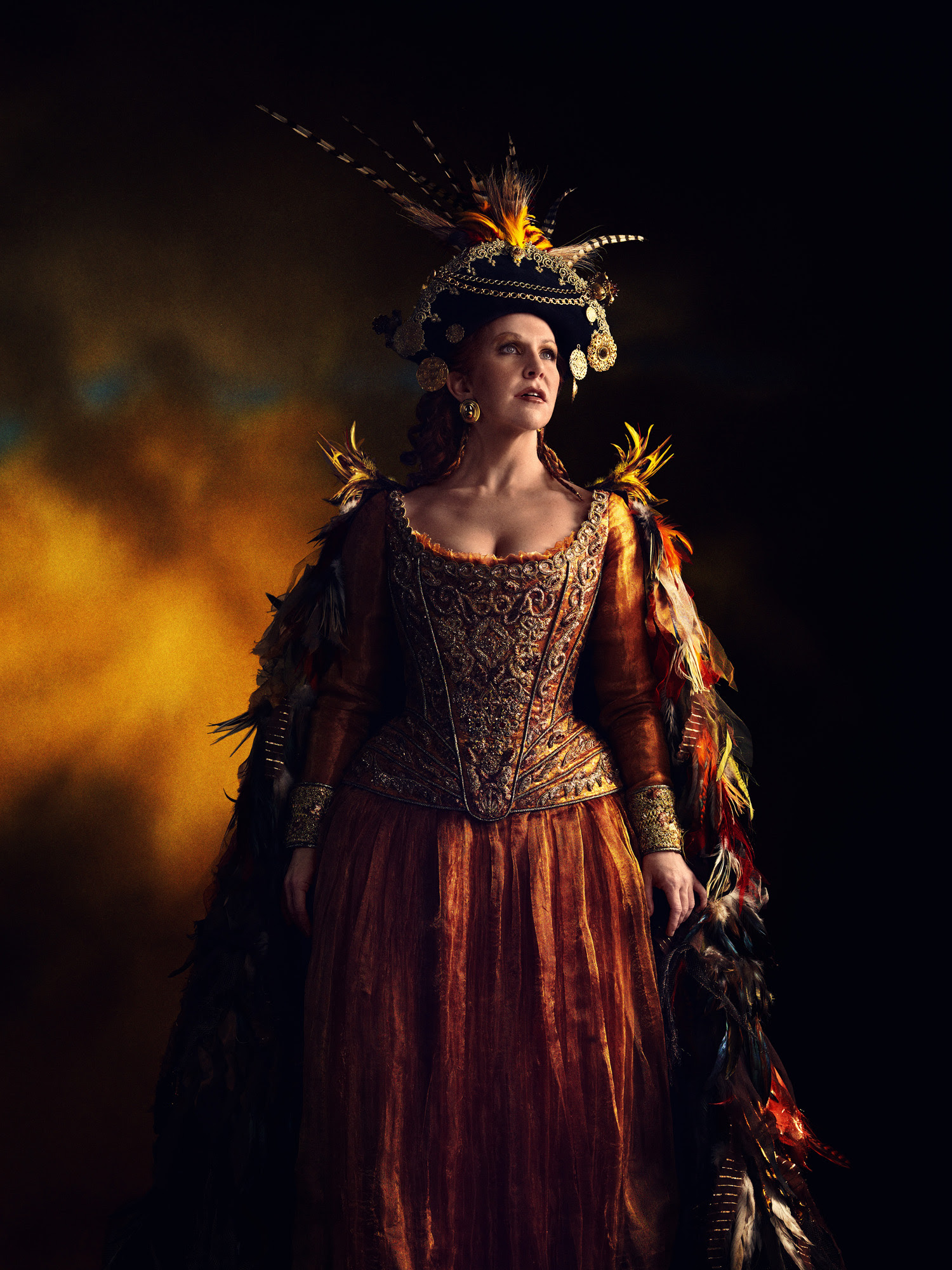 When Joyce DiDonato walked onto the stage, the Last Night of the Proms 2013 finally came alight.  She's capable of spine tingling Ombra mai fù . Her Tante Affeti  can be "such stuff as legends are made of, with our diva not so much singing the aria as inhabiting it." as we know from her glorious performance in La Donna del Lago (London reviewed here and Paris reviewed here.)  But at this Last Night of the Proms, our dearly loved anti-diva diva was more polite, more technical than pyrotechnical. When arias are sung out of context, they become showpieces rather than part of a wider drama. But the as the BBC Proms wind down, we get into Holiday Mood. Even Maazel's comatose Bruckner sounded good to some. (exceptionally knowledgeable analysis here). And we love DiDonato, the divine anti-diva Diva, because of who she is and what she can (usually) do, The photo shows her wonderful Sycorax in The Enchanted Island (read more about that here).

Enjoyable as it was, the first half of this Last Night was pretty dull. Nigel Kennedy's RVW Lark Ascending  had leaden wings, compared with what we know he's capable of. Perhaps it wasn't wise of the BBC to make him rush over half way thru the Prom to play in Hyde Park (where he might well have been more in his element)  But when the Overture from The Meistersingers of Nuremburg and  Va, pensiero drag, one wonders what's happening. Even the commentary was banal and clichéd. Britten was represented by The Building of a House, a very minor piece indeed. Leonard Bernstein fared better though. He mentored Marin Alsop when she was young, so her feel for his music stems from deep affection. She conducted extracts from his Candide with rousing committment. The Chichester Psalms received an excellent performance with Iestyn Davies  but the piece has always seemed rather too self consciously studied for my taste.  Bernstein was better in territory he knew best.

The Last Night Party really started when DiDonato sang Somewhere Over the Rainbow. The song that made Dorothy from Kansas a legend sung by a star from Kansas! DiDonato added her personal touch with extra decorative trills. Nigel Kennedy dashed back in an Aston Villa football shirt, clutching a teacup, then launched into a hilariously witty but brilliantly executed Csárdás by Vttorio Monti, who was Italian, not Hungarian. Kennedy improvised brilliantly, playing snippets of popular sentimental tunes with bits of Beethoven, then launching into a wild "Gypsy" frenzy. Granville Bantock's delightful Sea Reivers extended the mood, the BBC SO playing with exuberant gusto. Bantock might not be the deepest of composers but he's colourful. In comparison, George Lloyd's HMS Trinidad March hovered between brass band and fairground.

But what is the Last Night of the Proms without Rule Britannia ? Some Rule Britannia's in the past have been gloriously over the top. This year Joyce DiDonato wore a pretty pink stole, while the TV cameras showed crowds all over the country at Proms in parks. This year, even the diehard Prommers in the arena seemed subdued. They work so hard to make the Proms the communal celebration it is, so it's good to see them rejoice. The Proms bring people together in an amazing, emotional way. Pity this Last Night seemed so over-processed and corporate scripted.

Addendum : as to why I haven't joined in the general fuss about "The First Woman Conductor", it's because the very fact that there needs to be so much hype indicates how difficult things really are for women in the workplace. Go into the City if you want bullying culture, where men, too, are victimized if they don't play the game. And being a conductor is a mix of luck as well as talent. Good men get screwed, too.  As Xian Zhang said the other day, a conductor's gender should not be an issue at all. It's the musicianship that matter. The danger is that this kind of hype makes people think it's some kind of "victory". No it is not. Publicity gimmicks disguise the fact that there are many, very real problems in society which won't be solved overnight. And lubricious salivation in some quarters only goes to prove Petrenko's silly point that some wowem conductors are perceived as objects, not musicians.
at September 08, 2013