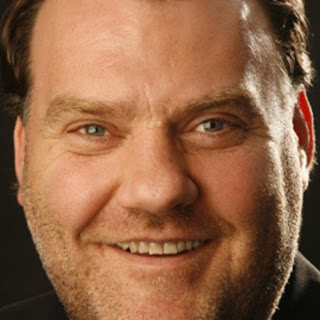 The Wigmore Hall 2013/14 season started in exuberant style. Simon Keenlyside, Bryn Terfel and Malcolm Martineau devised a programme that was festive and fun. And, this being the Wigmore Hall, the recital was as erudite as it was popular   The two singers were enjoying themselves, teasing and challenging each other. Seldom do concerts, especially Gala Recitals, feel as natural as private performance.

The programme was extremely well chosen, for it showcased narrative song, a sub-genre of Lieder. It was ideally suited to the occasion, and to Terfel and Keenlyside, whose opera backgrounds mean they can sing stories with vivid élan.


Keenlyside wasn't well, and needed copious liquid succour - he finished a jug of water - but being a true trouper, he turned his difficulty to advantage in his performance. "Durst,Wassersheu, ungleich Geblüt!", he growled in Hugo Wolf's Zur Warnung. So we laughed with him, not at him, as he depicted the poet's Muse's "schmöden Bafel", the lines lurching as though through a drunken haze. That's the sign of a real professional, whose artistry overcomes all.

Terfel sang Robert Schumann Belsazar op 57 (1840). More drunkenness! This time the mighty King of Babylon blasphemes and is brought down by Jehovah. Heine's version of Belshazzar's Feast is pithy, and the drama unfolds in the space of a few minutes. It's dramatic stuff. Terfel, being a natural stage animal, intones the text with slow deliberation, each syllable kept distinct. "Buchstaben von feuer, und Schreib, und schwand". You can almost see the mysterious hand writing slowly on the palace wall.  He sings the lines about the soothsayers with casual tenderness, so when he sings of Belsazar's murder, the syllables sound even more ominous.

Terfel and Keenlyside foxed the audience, too, changing the programme and keeping us alert. Schumann's Die beiden Grenadier (op 49/1 1840) popped up unexpectedly, but it's a great song that fitted perfectly into this programme of Lieder as mini-drama. The ironic quote from the Marseillaise worked especially well after the Muse's wonky nightingale song in Zur Warnung. Die beiden Grenadier is witty but the humour is grim. Heine is satirizing fanatics who follow leaders unto death.

Also in place of the scheduled programme, Jacques Ibert's Quatre chansons de Don Quichotte (1932)  substituted for Poulenc's Chansons villageoises (1942). An inspired choice, which showed the singer's grasp of repertoire. Ibert's four Don Quixote songs are even more colourful than Ravel's  three songs Don Quichotte à Dulcinée  which were sung by Feodor Chaliapin in the 1932 G W Pabst film Don Quixote. Read more about the film here and about Chaliapin's hilarious performance. Ibert wrote the rest of the music for the film, so his songs area deliciously ironic. Terfel must have relished doing  a riposte to Chaliapin. Ibert's songs veer (or should I say "tilt" wildly from mock heroic to sentimental to mock elegaic. Ideal opportunities for Terfel to camp up the humour and characterizations.

Both Terfel and Keenlyside live in Wales, though Terfel is of course a native. So Terfel sang Y Cymru (The Welshman) in what we must assume is perfect Welsh. The song, by Meirion Williams, sounds lovely in Welsh but it's just as well -- translated into English, the text is maudlin. My Welsh aunt, who didn't speak English til she was 15, used to say "hymns and alcohol" kept company.. But it's a good song and should be a star turn. Keenlyside decided that discretion was the better part of valour and declined to sing the third Williams song in Welsh.

Instead, Keenlyside sang Peter Warlock, an Englishman who lived in Wales and was rather fond of beer and song. Keenlyside's voice filled out beautifully in Cradle Song (1927).  Warlock's My Own Country (1927), to a poem by Hilaire Belloc, is exquisite, one of his best and most mellifluous. Belloc was writing about an imaginary country, based vaguely on Sussex, but Keenlyside made it feel as if we all belonged there.

Since this concert celebrated the beginning of a new season at the Wigmore Hall, the holidy mood continued with a selection of show tunes. Here, Keenlyside was in his element.  When he sang the Soliloquy ("My boy Bill")  from Rodgers and Hammerstein's Carousel, he could sit on a bar stool clutching a glass (of water) and be in perfect character. Keenlyside does lounge lizard well, so I liked his Ain't misbehaving though he sounds nothing like Fats Waller. He did a wry take on Fiddler on the Roof  too. His skills in the opera house stand him in good stead.  Keenlyside and Terfel duetted in Cole Porter's Night and Day, coyly switching the words. They'd like to spend their days and nights "being friends".

Terfel presented more party tricks. He sang songs from the repertoire of John Charles Thomas (1891-1960), an American of Welsh descent who sang opera, operetta and popular tunes. "He sang with Chaliapin", said Terfel. Another hidden connection in this remarkably erudite programme.  Terfel sang the comic The Green-Eyed Dragon (Wolseley Charles, published 1926 Boosey), first recorded in 1927 by an opera singer called  Reinald Werrenrath. Crossover is nothing new. Terfel also sang two rather better songs, Trees to the poem by Joyce Kilmer set by Oscar Rasbach in 1922, and a song about fox hunting where a foxy peasant out-foxes fox hunters and lets the fox escape. The peasant acts dumb when the fox hunters ask him where the fox has gone. Terfel's face takes on an expression so dumb that I can't think of a role he could use it in again. Wonderful song - I wish I could track it down, as it would make a wonderful, theatrical encore. But that's the beauty of the Wigmore Hall. You learn something new all the time. Addendum: a loyal reader just emailed me to identify the song. It's Tally-ho! by Franco Leoni (1864-1949) and was recorded by Arthur Reckless, an English baritone who later taught at GSMD. My intrepid reader has now come up with a link to the score of Tally-ho! (1919) so now we can all learn it.

Below, John Charles Thomas singing Trees in a 1931 recording

Perhaps Terfel 'resented' more party tricks because he was being upstaged?

No-one upstages Terfel esp not Keenlyside with a throat infection. Besides, he does these song often in fun programmes like this and knows them well.