Claptrap and clapping in concerts 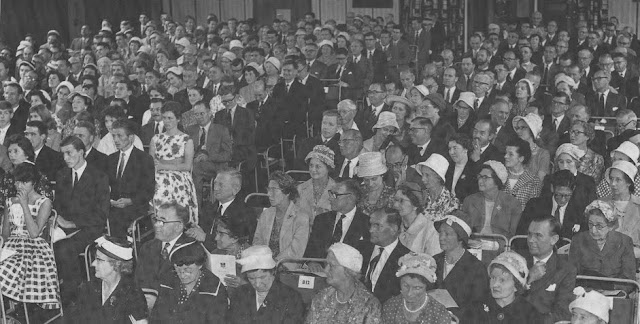 Yet again, another salvo against listening in the concert hall. What is so wrong about audiences paying attention? in 2010 the Royal Philharmonic Society gave Alex Ross a platform to discuss  "Inventing and re-inventing the Classical concert". I read the entire transcript through. Long and wordy it was.  but it boils down to one idea: that the "No applause rule" in concerts isn't a good thing. Tom Service obediently went along with that. The 2010 Proms were the worst year for mindless clapping and interruptions. Fortunately most people are sane enough to realize that a concert is a communal experience, and polite enough to respect others in the audience.  By the end of the 2010 Proms season, things were back to normal. Neither officious nor boorish.

Sometimes people clap spontaneously because they're genuinely pleased about something. But often it can be because they feel they should be doing something because they're bored or feel they have to do something for show. Think of all that clapping in last week's Bach/Bruckner Prom, as if the evening wasn't long enough. The same applies in opera, where those who think they need to show they "know" applaud any chance they get because they think they "should". Often I've seen singers stunned by applause after a very average performance. Misapplied applause is stupid because it interrupts the flow of the drama, and indicates that the clappers aren't really listening.

The paradox, though, is that anyone "really" listening is often concentrating so hard they don't need to clap, even when something's wonderful. They focus on the flow, and express themselves at the end. Mindless clapping (as opposed to mindful) clapping can be a distraction. For everyone who lets off steam clapping, there are others for whom it's an interruption. So there's no way applause can be considered right or wrong. But for those who go for music in the first place it 's not an issue at all. Classical music attracts snobs because they associate it with money and status, but this type infests churches, golf clubs etc, not just classical music. And  there are reverse snobs, too, the type who think it's smart to put down what you don't know. In both cases, it's stupidity : nothing to do with music. Clapping and booing aren't really so different.

Incidentally it is a fallacy to assume that applause used to be acceptable prior to Adorno and the modern era. Western music developed from two main threads : church music and entertainment.  "Serious" music like Bach and Schutz long pre-dated popular music theatre  Try mindless applause there? No way. And serious music lovers love the music not the show-offs in the audience.

I've long believed that it's good mental practice to listen without the crutch of programme notes, even to music you don't know. Hand-held devices are far worse than printed notes because the light distracts everyone else. It's as bad as beeping. Read the text beforehand and afterwards, but listen attentively during the performance. You'll train your ears better, and your heart. Most of us grew up listening to things in languages we don't understand.  That's why there are so many Korean and Japanese musicians: they've learned to try harder. No-one needs to know everything at once. And as for the fashion for live blogging concerts in progress? It's mad, a sure sign that the person and his/her friends care more about themselves than the music. .
at September 11, 2013