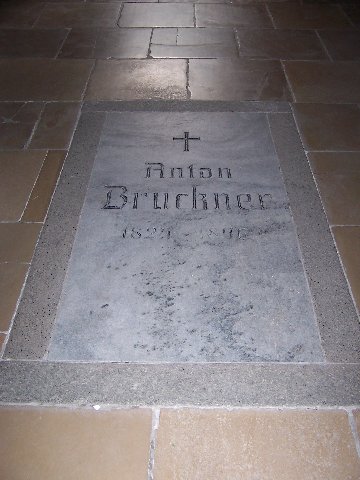 Traditionally the penultimate night of the Proms has been reserved for Beethoven’s Choral Symphony, not an inappropriate choice since the work received its London premiere at a Royal Philharmonic Society concert in 1825 and was announced as having been ‘composed expressly for this Society’. Furthermore Schiller’s Ode to Joy, with its ideals of the universal brotherhood of man, encapsulates the inclusive spirit of the Proms themselves. However, having already been performed earlier in the season by the National Youth Orchestra of Great Britain under Vassily Petrenko, this year alternative plans were the order of the day and Bruckner’s grandest symphony is – or should be – a special event.

On paper the idea of having the Vienna Philharmonic and the organist of St Florian prefacing it made perfect sense. After all, in 1871 Bruckner famously gave a series of organ concerts at the Royal Albert Hall and on its day the Vienna Philharmonic is the World’s premier Bruckner orchestra, effortlessly producing the true organ-like Bruckner sound, wide-bore brass embedded in a rich string sound.

In the event, however, there were some delicious ironies to this concert. As they say in Scotland,”the best laid plans o’mice and men gang aft aglae (astray)’ and this was just such a case. In the first place, the conductor of that earlier mentioned Proms Beethoven 9th, Vassily Petrenko, had inadvertently contrived to put both feet firmly in his mouth when he gave an unguarded interview questioning the role of women conductors. an interview quickly picked up last week by the Norwegian newspaper Aftenposten where Petrenko has recently become the conductor of the Oslo Philharmonic (which as one would expect in a Scandinavian country has a strong female contingent). To add to the irony BBC 4 was showing this very concert on TV on Friday evening simultaneously with their Radio 3 broadcast of the Vienna Philharmonic’s Prom.

A further irony is that the Vienna Philharmonic is almost parallel to the British Bullingdon Club as being one the last preserves of male dominance. Yes, there are now a sprinkling of women amongst its serried ranks but their number is quite disproportionately small, probably five if we discount the two lady harpists. The usual excuse proffered is that women’s sound does not gel with that of the rest of the players. Is the Vienna Philharmonic really such a good orchestra that it can afford to close itself off to half the World? Not, I would suggest, on the evidence of this concert.

The ultimate irony or ‘kicker’, as they would say in the States, was that the following night for the first time the Last Night of the Proms was to be conducted by a woman, Marin Alsop, whose inclusive sentiments clearly chimed with those of the majority of Prommers; without mentioning any names, her Last Night closing speech took the gentlest of swipes at Petrenko’s unfortunate lapse but, like Ko-Ko’s little list in The Mikado, we all knew to whom she was referring  (a generation ago Beecham could get away with a little gentle misogyny because it was clearly at least partially tongue in cheek but in today’s changed World what was just about acceptable then really will not do).

Would that the ‘event’ had been worthy of the occasion. As it was Klaus Sonnleitner started off in fine style with Guilmant’s arrangement of the Prelude from the 3rd Partita for solo violin. Guilmant is pictured in the programme playing the famous Cavaillé-Coll organ at the Trocadéro in Paris and this thunderous transcription sounded wonderfully imposing on the enormous Albert Hall instrument. However, the intimate Chorale Preludes which followed were less than ideal on such a large instrument and concentration was constantly distracted by the admission of latecomers after each and every piece. At least the Prelude and Fugue in A minor with which this mini organ recital closed injected more fizz into the occasion, although one sensed that it was all a little like trying to manoeuvre a soft suspension Cadillac around a Formula One racetrack.

With  Bruckner 8 we come to the vexed question of editions, Haas or Nowak. Frankly in my opinion there is no right or wrong here. Many great conductors have come to differing conclusions, Giulini Nowak, Karajan Haas and some even performing both versions. For good measure Klemperer (who gave the UK premiere and whom I once heard conduct it in 1970) even made substantial cuts in the Finale, writing in the programme note “Brucknerians will object, and it is certainly not my intention that these cuts should be taken as a model for others. I can only take responsibility for my own interpretation”. Personally after hearing around 20 live performances I prefer Haas because it seems to me that the rolling climaxes of the slow movement where Bruckner builds to a climax, falls back and then builds to an even greater one, cumulate more effectively in Haas. Boulez – who recorded the piece live in St Florian’s with the Vienna Philharmonic – also opts for Haas because it seems to him that the cuts in the Nowak are unnecessary: “They destroy the symmetry, logic and structure”. However, the only thing that ultimately counts is “does it work” and there are performances of Nowak, such as Giulini’s recorded one with the Vienna Philharmonic, which work magnificently.

Maazel too opted for Nowak (he too has recorded the piece with the Berlin Philharmonic and the Bavarian Radio Symphony). Timings can prove a distraction in Bruckner. Actual tempi are generally not the real issue although there are obviously parameters beyond which it is difficult to make the music work, just as with a singer there are tempi so distended that it becomes impossible effectively to phrase. What is more important is establishing and maintaining a line and a forward momentum. If this is lost, as here, a Bruckner symphony becomes a very long listen and plays into the hands of his detractors.

Of course the Vienna Philharmonic intuitively produce an echt Bruckner sound but this was a very long listen indeed. To put this in context, performing Haas, the longer of the two versions in the not dissimilar acoustic of St Florian, Boulez and the same orchestra took 76 minutes whereas Maazel with Nowak here took nearly 90. Even Gunter Wand performing the symphony with the NDR orchestra in Edinburgh’s Usher Hall only just about succeeded in sustaining the work at this duration but in the words of the Duke of Wellington of Waterloo it was a damn close run thing. Put bluntly, and hampered by some fairly fallible playing, including at one point a hiatus such as one seldom hears with a professional orchestra, Maazel did not.

At this point it is worth quoting from Robert Simpson’s book The Essence of Bruckner (1967) when he writes of the symphony: “The Eighth is the first full upshot of matters hitherto hidden in under-currents and only intermittently allowed to erupt. But it eventually reveals its true background  in the Finale, the background in a sense of Bruckner’s life-work, a contemplative magnificence beyond the battle. The Finale is not so much a victory over tribulation as a state which had to be found behind it, slowly and sometimes painfully uncovered by the Adagio”.  There is a pervasive unease and when the floodgates finally open in the Finale’s Coda the victory has been hard won.

By no stretch of the imagination could the opening movement in Maazel’s hands be described as Allegro moderato, more like a slow-motion dance by Titans, the music precisely observed but experienced as though from a safe distance, that state of simmering unease palpably absent; that said, there were of course memorable moments such as the leave-taking paragraph’s fade into silence where Maazel’s ability to control detail paid dividends. At least the deutsche Michel Scherzo - also incidentally marked Allegro moderato - came off better although Bruckner’s obsessive repetitions at its climax hardly elicited that gradual but perceptible tightening of tension which makes for an effective resolution and there were dynamic markings - such as the cellos' sudden shift from mf to f in the fifth bar or the trombones punched-out accent immediately at the climax before T - which lost their piquancy.

The magnificent Adagio is marked solemnly and slowly doch nicht schleppend which roughly translates as ‘not dragged’. Dragged it certainly was here as though a slow tempo equated with profundity, but unfortunately problems inherent in adopting a very slow tempo then arise as the movement progresses once one gets to ritardandi or passages marked simply Langsam. Where do you go? Of course Maazel – conducting from memory – has a near Pope like infallibility when it comes to controlling texture and getting what he wants but whether what he wants is the right thing is sometimes open to question; for instance the slight holding back at the movement’s climax seemed to indicate that he did not trust the moment to make its full impact without additional pleading.

The Finale brought a magnificent unfurling of brass sound at the outset – is there anywhere better to hear this music than in the vastness of the Royal Albert Hall – but the movement as a whole poses very particular problems, its contrasting episodes needing a firm hand if it is not to sound merely episodic and bring the ship safely home. If the movement lacks that patient and gradual build-up of tensions, the final torrential outpouring of the Coda – Bruckner at his most Wagnerian in this most Wagner-oriented of years – fails to make its full overwhelming impact. Along the way there was some surprisingly fallible playing, surprising in this great orchestra, especially when led by someone as technically competent as Maazel. Perhaps the orchestra needs an injection of new (possibly female) blood. Too often this sounded uncomfortably like the Vienna Philharmonic on auto-pilot.