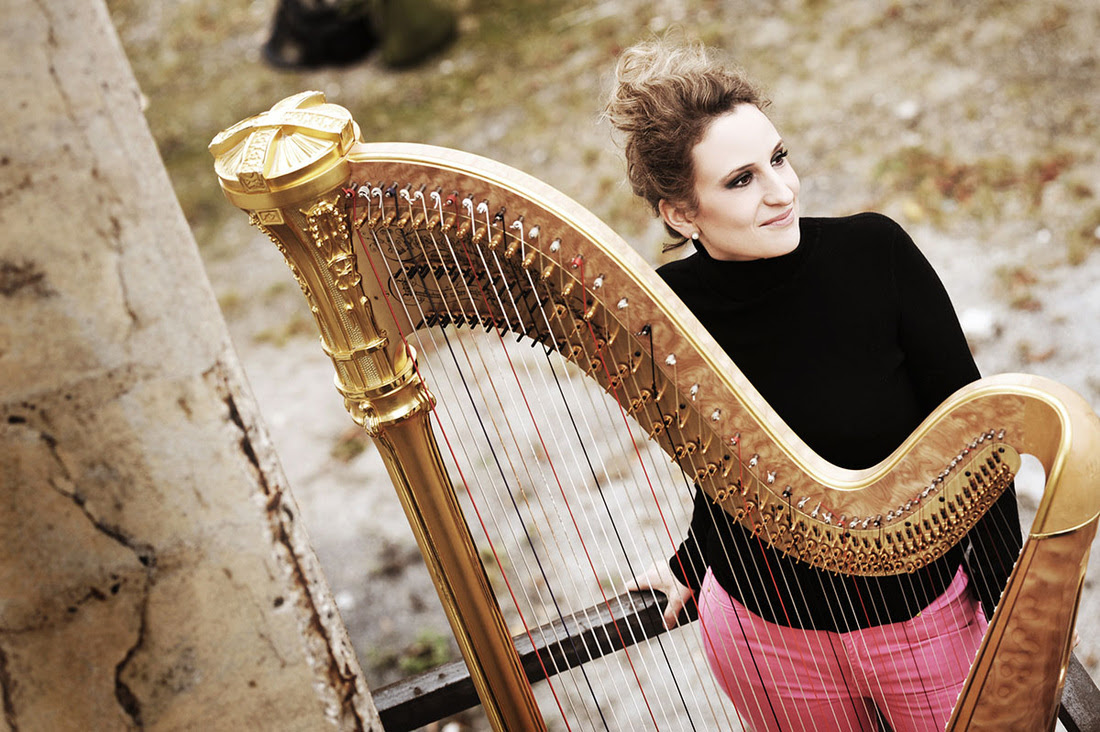 In the first of his two recitals at the Wigmore Hall this week, Matthias Goerne sang Schubert, but Schubert with a difference. Instead of the familiar songs for voice and piano, Goerne sang versions transcribed for harp, accompanied by Sarah Christ. Goerne knows the Wigmore Hall audience. True Lieder devotees were intrigued. (For my review of Goerne's concert with Andreas Haefliger (Wolf/Liszt) please see here).

Throughout the Lieder repertoire, there are references to Ständchen, serenades where a man, usually alone, sings and plays a simple, portable plucked string instrument, much in the way that troubadours performed centuries before. Indeed, the idea of song with harp long predates Lieder itself. The harp is a much less sophisticated instrument than a modern piano. It's more in keeping with the Arcadian image of the harp, where a  bard might play and sing in tune with nature. Wilhelm Meister, for example, creating his music as he wandered.  Harps also evoke the sounds of lutes, zithers and even early guitars. There's an excellent  transcription of Die schöne Müllerin for guitar, which brings out the miller's relationship with his lute, as well as with the brook. Goerne's concept of Lieder with harp has a long pedigree.

Dynamics shift when Schubert is heard with harp instead of piano. The sound is  more fluid, more "innocent" and naturalistic. Perhaps sound is more difficult to control when it resonates over a long string. Sarah Christ made the harp sound playful, spontaneous, even slightly unpredictable. Goerne had to listen, even more carefully than usual, adapting his singing to a lighter, brighter voice than a piano. It was refreshing to hear familiar songs done in this new way. They felt even more personal, as if we were listening in natural surroundings rather than in the formal context oif a concert hall.

Songs like Im Frühling (D882. 1826) and Das Lied im Grünem (D917. 1827) adapted well to the more vernal approach. Goerne's timbre rose to a transparency one doesn't normally associate with a baritone with bass-like coloration.  This suited  Des Fischers Liebesglück (D913, 1827) where the fisherman's lines are short and simple, suggesting his unspoiled simplicity. It was interesting to hear how Goerne respected the slight pauses between each short phrase, while Christ's harp continued to resonate even after her hands had left the strings. Just as Schubert describes moonlight, stars and the stillness of night, Goerne and Christ create an atmosphere of watchfulness. In Der Winterabend (D938, 1828), the harp evokes the sound of muffled snowfall, from which the voice emerges with warmth.

"Und geb' ein Lied euch noch zur Zither, mit fliess gesungen un gespeilet" (Pilgerweise (D789, 1823), worked particularly well with the humble harp, as did Der Kreuzzug (D932, 1827). Christ's playing tolls, like a bell in an austere monastery. Goerne floats the extremely high lines in the first strophe so we can imagine what the monk might feel as he watches the Crusaders on their way to war. Then his force takes on the rich, dark assertiveness for which he has no peer. ""Ich bin, wie ihr, ein Pilger doch!" he sings with fervour. The monk is fighting inner battles every bit as difficult as those the Crusaders are heading for. 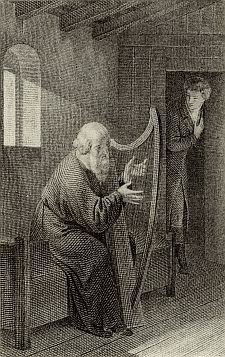 Although Wigmore Hall concerts are rarely disappointing, this season's concerts so far have been enjoyable more for the artistry of the performers than for the technical standards of performance.  Goerne, however, restored the balance. His voice has blossomed since he was last heard in London, and is now truly revealing its riches.

His three Gesänge des Harfners were outstanding. Superlative singing, beautifully nuanced and shaped.  The best singing so far this year and more to come on Friday 27th, no doubt. Wilhelm Meister, the harper, wanders through life, haunted by guilt. "Wer nie sein Brot mit Tränen aß, ....Der kennt euch nicht, ihr himmlischen Mächt!".  He who has never eaten his bread with tears....cannot know the power of Heaven". Goerne's voice resonates, expressing mysteries and pain words alone cannot articulate. Yet even in his anguish, the Harper finds validation.of some sort, through his art.

Exceptionally well-written programme notes by Richard Stokes,  If the Wigmore Hall collects his work into a compendium, it will create a classic reference work. Programme notes, though, are written before a performance and don't directly relate to it. If the Wigmore Hall does another programme like this (lots of possibilities) it would be nice to read something on Schubert's interest in instruments other than piano. That would take the erudition of a Richard Stokes to be truly original.