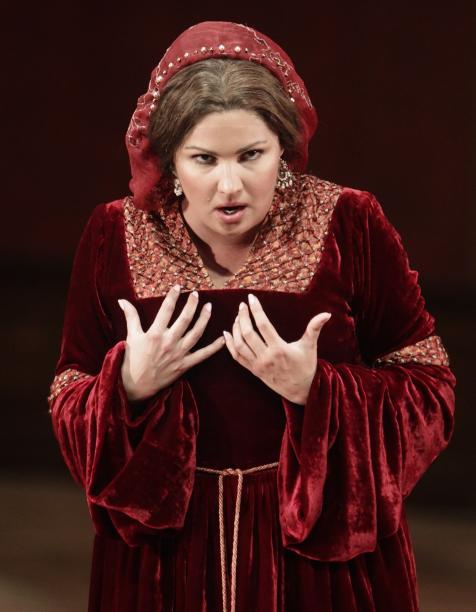 Interviewed by Austrian TV just before her performnac as Leonora in Verdi Il Trovatore at Salzburg, Anna Netrebko says "Leave me alone!" She's made up and costumed just before curtain call and the interviewer asks her auf Deutsch about the difficulties of the role. "That's why I need to concentrate in this hour, I don't need lots of people around." But she's gracious and smiles and gives the guy something for the camera.

Singing Leonora "is difficult because it needs such a range, and several styles, over two octaves, from a light coloratura to almost mezzo soprano. So it's better that I can concentrate  and be careful with my vocal technique."  In this production she plays two roles, a woman in a  museum and Leonora. "This is a good idea. It has a modern twist and it looks very beautiful aesthetically and it doesn't disturb the music, which is the most important thing of all."

When Netrebko was younger she used to draw and paint. She would still do so if she could but she's just too busy. "No time, no inspiration - if you have no inspiration, then it's mmmmmmm" she smiles.  Watch the production on medici TV here.