Lest we forget - Bleuet Poulenc 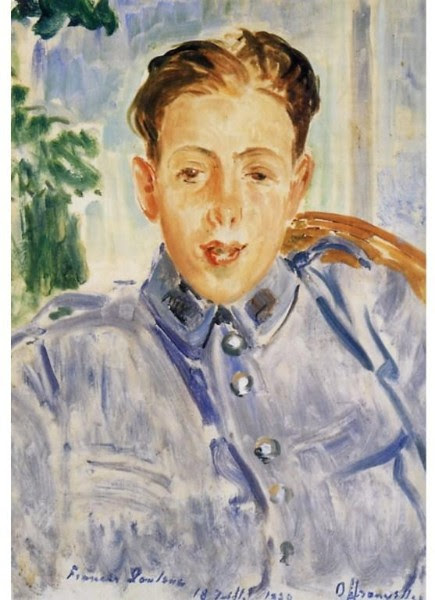 Just as the Poppy symbolizes war to the British, the cornflower symbolizes loss and memory for the French. The Western Front was in France and Belgium, lest we forget....... French soldiers wore blue uniforms, hence the multiple connotations of the word "bleuet".

"Young man of 20 , who has seen things so awful, what do you think of  the men of your childhood, of courage and cunning?

"You who have faced death in the face more than 100 times, you take it as if it were life.  Transmit your fearlessness to those who will come after you. Young man, you are joyful. Your memory is soaked in blood, your soul is red. with joy. You have absorbed the life of those who died next to you."

"For you it is decided.  It is 5 o'clock and you're going to die. If not better than those who went before you, at least more piously, because you know death better than you know life."

Apollinaire was injured badly at the front in 1917. Poulenc, writing his setting in October 1939, reflected not on militarism or glory, but on the tenderness with which Apollinaire depicted the waste of youth and life.

Thank you for telling about this. I am about to hear Dialogue des Carmelites, in Paris. This adds to its meaning.