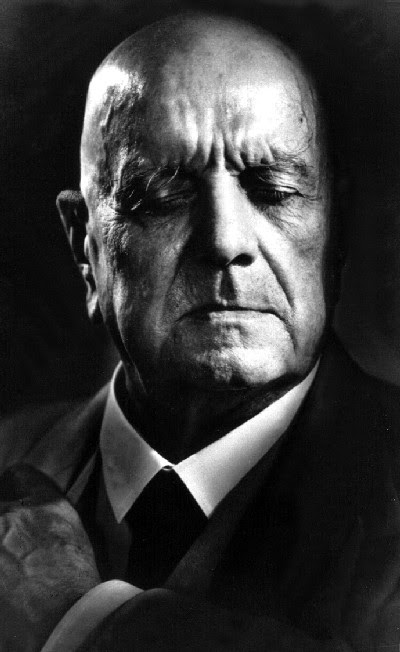 Like Prom 36, (more here) Prom 38 demonstrated why some composers are first rank while others aren't. John Storgårds conducted the BBC Philharmonic in a programme which contrasted  Jean Sibelius and Frank Bridge with Sir Peter Maxwell Davis.

Finlandia effectively changed the course of world history.  Although Sibelius dashed it off quite quickly, it became an instant hit, and remains so popular that it symbolizes the spirit of Finland. It helped shape national identity. Those craggy chords suggest dark forests, deep lakes and mountains that cannot be conquered.  Like the landscape, dogged Finland will survive hard winters and brutal enemies. But Finnish independence very nearly didn't happen since the Russians were far more powerful. Finlandia, and Sibelius, captured support in the west, even though Finland was forced to side with the Germans against Stalin. Ten minutes of music that created a nation: such is the power of music with emotional intensity. Storgårds conducted with such committment that the piece felt ferocious, as shocking as it must have sounded when new.

In Finlandia, Sibelius finds a unique voice. Storgårds also conducted Sibelius Symphony no 2, where Sibelius's distinctive style emerges clearly. We hear the composer's distinctive hallmarks: immediately we recognize that this is a composer with exceptional originality. Indeed, it's possible that Sibelius entered the "silence of Järvenpää" because he could envision ideas so daring that he couldn't fulfil them without compromising his standards. Lesser artists might have chosen an easier path. Not Sibelius, who burned the symphony that might have been his life achievement. Storgårds's approach emphasized this strength of personality in the music. He delineated the vernal, Romantic passages but recognized the forward momentum, stressing the overall flow and structure. The BBC Philharmonic seemed galvanized, producing a performance so electrifying that the BBC really should give him a much higher profile. Most of their Proms outings this year have been disappointingly lacklustre.  This is basically a good orchestra, but it needs to be inspired to reach its full potential.

Between the twin pillars of Sibelius, Storgårds placed Peter Maxwell Davies and Frank Bridge. Once, Max,  Harrison Birtwistle and Alexander Goehr were the great new hopes of British music. Birtwistle continues writing highly individual, distinctive music, but Maxwell Davies' output in recent years hasn't been quite so impressive. It 's not at all simply fashion, since Max gets a lot of exposure. Indeed, now that Birtwistle is so successful, Max's star has risen, although the pair allegedly fell out years ago.   They're both 80 this year; one could hardly praise one and leave out the other. When Maxwell Davies Symphony no 5 premiered at the Proms in 1995, it was well received, but one does rather wonder if the support was for the man rather than the music. It's pleasant enough, but meanders without much direction, even conducted by someone as good as Storgårds. One longs for the old days, of Eight Songs for a Mad King or even The Yellowcake Revue. 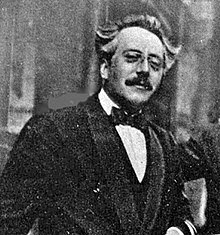 And then Frank Bridge, very much the outsider of British music in his era. Bridge was more interested in musical developments in continental Europe than in England, and didn't mix very much in British music circles. Had he, he might have attracted more attention. Bridge never has been really forgotten, though he's often best known through the Benjamin Britten connection. This doesn't diminish him at all, because what Bridge taught Britten was to have wide horizons. Bridge himself had been taught by Charles Villiers Stanford, so he knew all about teachers who strangled young composers from birth. True creatives, like Vaughan Williams, found their voice when they got out from under Stanford's shadow. Bridge found his independence by turning to Europe and America.  It's significant that Britten should make a point of writing Variations on a theme of Frank Bridge. Bridge was a role model, giving Britten the courage to be independent and have integrity.

Bridge's Oration (1929/30) shows another side of the composer's values, which he shared with Britten. It's not his only anti-war piece. Blow Out you Bugles (much earlier) uses the poetry of Rupert Brooke.  Oration is a a "concerto elegaico". where the cello acts as orator addressing the orchestra but the orchestra don't take heed. Anguished, the cello mutters and growls. Leonard Elschenbroich played expressively, creating the mood of frustration and pain.  Appropriate tension between him and the orchestra.  Oration is unique, a very sophisticated and individualistic work, far more interesting than the very early chamber pieces with which Bridge is generally associaited. Better, I think, that a composer should be respected for distinctively original works than for writing for the sake of writing.
at August 15, 2014