" I prefer Mahler slender, not pompous" said Bernard Haitink in rehearsals before BBC Prom 40 2014.  By "slender" I think he means the opposite of pompous, ie. not overinflated, egotistic, or self-satisfied. "Slender" is relevant in the context of Mahler's Symphony no 4 , because the children in Das himmlisches Leben are enjoying food with almost manic glee.  (read my article "Why greedy kids in Mahler 4") These children have been deprived of sustenance so long that all they can think of is the simple needs the rest of us take for granted.  At this time, children are starving to death on mountains in Iraq; other children are dying in Gaza; and millions more children will grow up to die in conflicts all round the world. Mahler's Symphony no 4 is utterly relevant today.

Haitink's less-is-more conducting style is utterly relevant too. In many ways, the Mahler annivesrary year set Mahler appreciation back to the Dark Ages. Just as we were coming to understand the sensitive, intellectual side of Mahler, the festivities brought a slough of bland performances. Commercial pressures usually override artistic needs. Good conductors have to conduct  Mahler even if they have nothing to say, because what promoters want is what sells, and that often means "generic".  When Haitink says there's too much Mahler around, I think he means that there's too much non-Mahler Mahler. Take heed, BBC Proms!  The more audiences are fed mediocrity, the more they mistake musical fast food for nutrition.  Many times in the last few years, I've felt like the lone dissident in a mass public rally.  Perhaps Haitink is swimming against an unstoppable tide, but he's a man of courage and integrity.

Bedächtig. Nicht eilen and In gemächlicher bewungen. Ohne hast : Mahler's score markings suit Haitink's trademark slow tempi. No need to rush, but rather linger in the present, or more accurately, perhaps, in memories of a sunnier past.  Haitink shapes the oddly dance-like rhythms so they feel airy, more  like the innocent way children dance than heavy-footed Ländler. Such deft lightness from the LSO, who love Haitink and know his style well. When Mahler introduces "winds of change" the strings and brass take on a melancholy mood, as if they don't want the happiness to end.  Gradually, a darker mood emerges. Haitink's attention to detail lets us hear the soft plodding"foosteps" behind the panoramic legato. Nocturnal images perhaps, or images of death? In the rising woodwind melody can we hear a hint of Kindertotenlieder?  Is Mahler saying goodbye to his Wunderhorn years, in preparation for the next phase in his creative life? 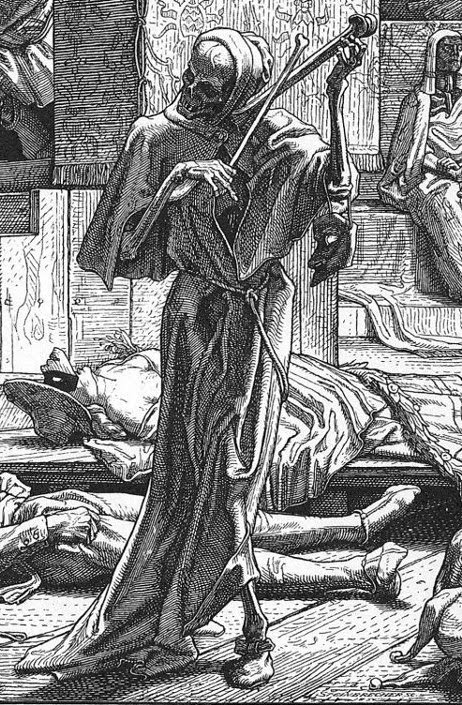 From this emerges the solo violin motif, at first sweetly seductive. But, like the Pied Piper, this music leads to death. This particular Freund' Hein underplayed the grotesque scordatura tuning, but his was in keeping with Haitink's emphasis on the goal towards which the symphony is heading. The Third Movement (marked Ruhevoll) is a transition, a purgatory in which the issues of death are resolved into a more perfect "heavenly life". Hence the variations and contemplation, from which the soloist (Camilla Tilling) emerges, almost seamlessly from the music around her.

Tilling's voice doesn't have quite the pure, angelic ping of, say, Christine Schäfer, but she's been singing this part for nearly 20 years and her experience shows. She may not be ideally child-like, but she's a spokesperson, reaching out to the parents of the dead children, perhaps, consoling them with images of happiness. Most people don't want children to suffer. Even if the parents of these children themselves died in famines or wars, faith in a better afterlife gives some kind of comfort. Haitink's poignant interpretation emphasized the fragility of human existence. missiles crash and people die on barren mountainsides; we are vulnerable in a savage world.  I could hardly breathe as I listened. Yet, as Mahler and Haitink remind us: “Kein Musik ist ja nicht auf Erden, die uns’rer verglichen kann werden,”  No music on Earth can compare to the music of Heaven. We can but hope.

As he's done several times in the past, including with the LSO at the Barbican in 2009, Haitink preceded Mahler 4 with Schubert's Symphony no 5, an early piece written when Schubert was still little more than a child.  Haitink brought out the purity in the orchestration, linking the symphony to the deceptive simplicity of Schubert's Lieder and chamber music. i thought of Schubert, full of dreams and ambition, cruelly cut down aged only 29.
at August 17, 2014