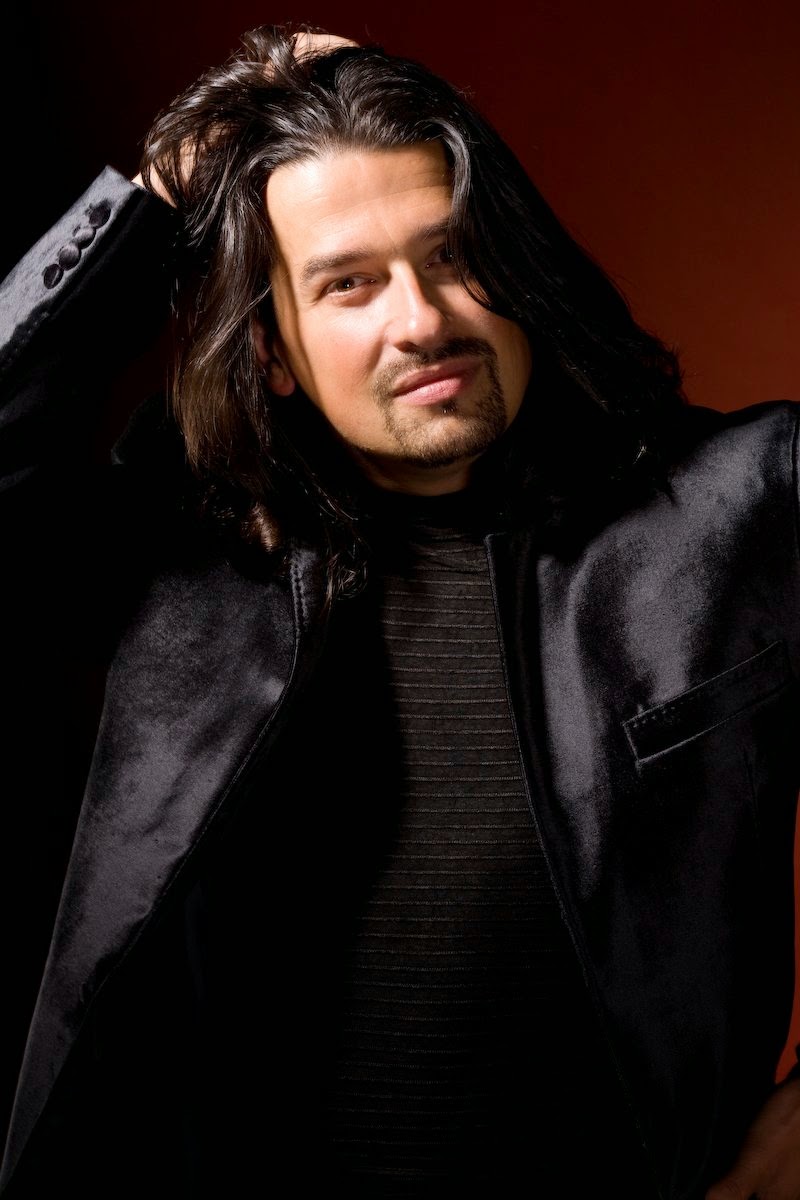 From Juliet Williams at the Edinburgh International Festival:

"The choice of this tale, Rossini's last opera, of liberation from oppressive rule by a larger country to the south east for the Edinburgh Festival as Scotland ponders the question of independence is perhaps apposite and has already been noted, for example in the Herald. This performance was also dedicated to the memory of Claudio Abbado, remembered in a moving introductory speech by festival director Jonathan Mills.

This production had two great stars: Dalibor Jenis  (photo above) in the title role, and the music itself. Jenis excelled both vocally and in his stage presence as the baritone hero. His performance was for me the highlight of the show and was consistently excellent. John Osborn was good in the tricky role of Arnoldo. His lengthy aria opening the fourth and final act of the opera attracted lengthy applause. This is part of a well-performed scene in which the Swiss confederates rouse their strength to prepare for battle despite the capture of their hitherto leader, William Tell. Angela Meade as Mathilde gave a lovely performance in Act Three in her dialogue with Arnoldo as to their divided loyalties given that their love falls across the political divide of their respective countries. She came into her own in this scene, and in the closing scene of this act, where her tenderness towards William's son was clearly apparent. In a generally even cast, amongst the smaller parts Paolo Orecchia stood out as Leutoldo the shepherd. Rossini's energetic and likeable score, opening with the eponymous overture was played and sung with enthusiasm in Italian by Teatro Regio Torino's musicians and chorus. The big sound resounded in the Usher Hall's favourable acoustic in this concert performance, but the nature of the libretto cries out for staging, and it is a shame that touring the fully staged version to Edinburgh was not practical. It is an enjoyable production which whets the appetite to see this work again."

Lots of chances coming up. Wonderful Guillaume Tell at Munich a few weeks back with Bryan Hymel hitting C after C after C and  Michael Volle as Tell. Pity about the dull production. Antonio Pappano is another William Tell specialist (wonderful Prom and CD). He's bringing Guillaume to The Royal Opera House London in July 2015. John Osborn and Gerald Finley.
at August 27, 2014