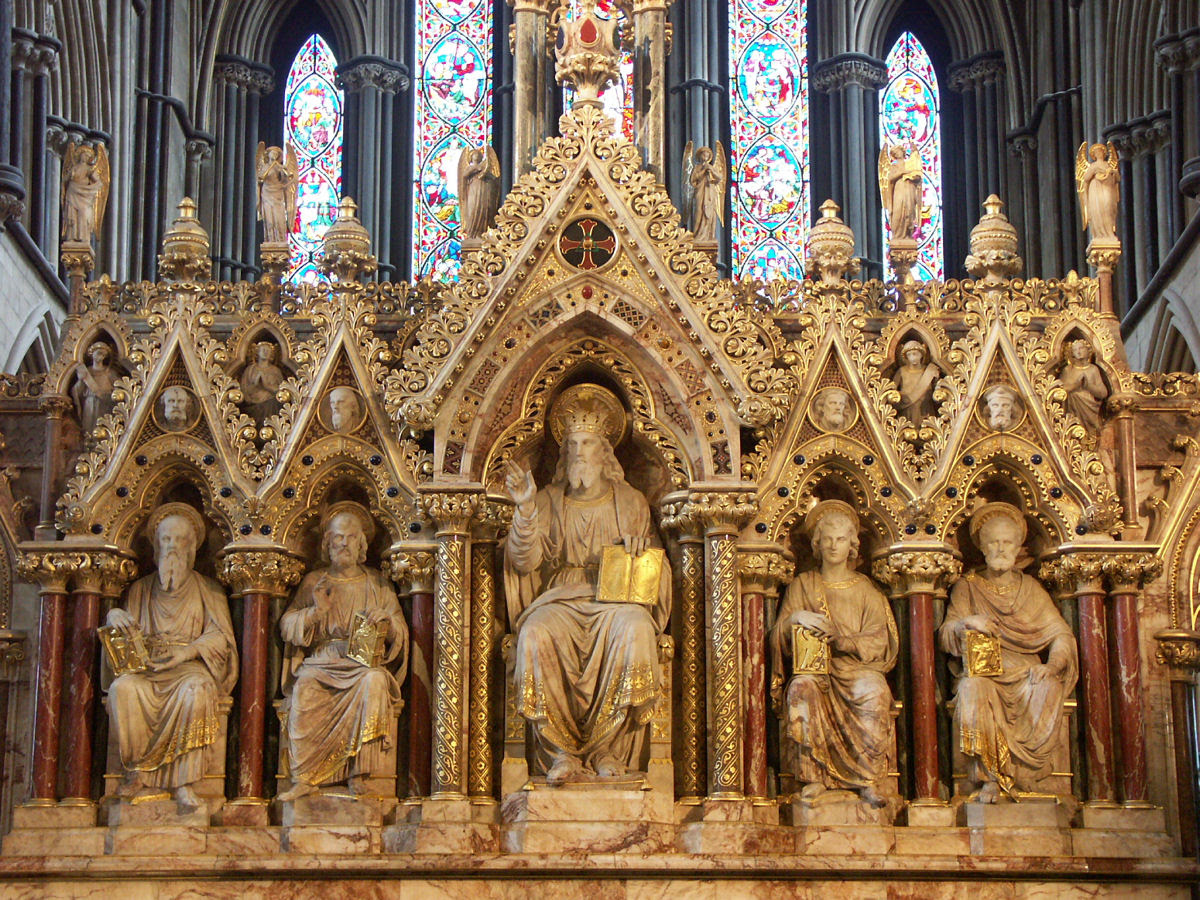 Hearing Elgar at the Three Choirs Festival is an experience without parallel. The Three Choirs tradition goes back 300 years, but is so closely connected to Elgar that his spirit seems to hover. Elgar grew up here: understanding the world in which he lived enhances appreciation of his music. Three Choirs regulars (and the staff) are special, too.  They come for fraternity as much as for music, so theyre unusually kind and friendly, "The best of England" in so many ways. Elgar's  The Apostles has been heard in London several times in the last few years, but there is absolutely nothing quite like hearing it in Worcester, and at the Three Choirs Festival.

As the introduction to the Apostles unfolded,  Adrian Partington conducting the Philharmonia Orchestra, and the Three Choirs Festival Chorus and Youth Choir created an atmosphere of reverence: those gently circulating sonorities might perhaps suggest the movement of cosmic forces. Indeed, Jesus is about to reveal the Beatitudes to his followers. Yet Elgar made great efforts to include the shofar, the valveless trumpet of Judaic tradition, thus connecting the new faith of Jesus to a much more ancient past. In the acoustic of Worcester Cathedral, the sound reverberated around the building. I've never heard it done with such overwhelming impact. Karl-Heinz Stockhausen, who used physical space as part of performance, would have been impressed. How strange and exotic the shofar must have sounded when first heard by Edwardian audiences!  At Worcester, the impact verged on the point of danger, for indeed, the disciples are setting off on a mission into the unknown.  Christians would suffer for their faith, as have the Jews.  There's no need to minimize the portent. Partington places the shofar player high above the orchestra, near the young sopranos who will later sing Alleujia llke a host of angels, distant enough from the audience but not too distant in meaning, It's theologically astute and works well as music.

Partington is an extremely sensitive choral conductor. Three Choirs Festival  Chorus members know him well. This was choral singing of exceptional clarity and character truly worthy of the occasion. Component parts were distinctly defined. One could hear how they operate together, as groups of individuals united by common purpose. Indeed, it was almost as if the score were coming alive. Three Choirs choruses never disappoint, but this was wonderful.

In comparison, the soloists were relatively uneven, but that's no demerit, given the excellence of the choirs  The  male soloists were a solid foundation, the rock on which Elgar''s music is built. How jolly the apostles sounded together when they first sang "We are the the servants of the Lord"!  The theme recurs repeatedly throughout the music, and  we can identify with them through their trials and tribulations. John Mark Ainsley, Brindley Sherratt and Neal Davies are "luxury casting", strikingly characterized. With his doubts and uncertainties, Judas is a role which modern audiences can relate to. Sherratt (fresh from singing Strauss at the Proms the previous evening - review here) is the bass of choice in this piece because he sings Judas Iscariot with such personality that he creates the part as a personality.  When he repeated the words "Darkness", he made the horror feel palpable. It's a tricky part, with a sudden leap up the scale on "vanish".,plunging to the depths again on the final "darkness".

The Philharmonia Orchestra is one of the best in this country, and their presence has been a great advantage. If the storm sequence seemed somewhat underpowered, they made up for things later: bright, vivid brass, quirkily agile high clarinets, striking horns, lustrous strings and the rolling thunder of the timpani.. But we go to the Three Choirs Festival for more than performance. We go for the astonishing beautiful choirs, for the atmosphere, for the camaraderie, all of which add up to value-added music. "We are the servants of the Lord ! We go forth to the ends of the Earth!" Next year in Hereford!

The photo above, by Mattana, 2008, reveals Jesus and his Apostles in Worcester Cathedral. During the Three Choirs Festival, they're hidden behind the performance space, but we know they're there in spirit. Please read my other posts on Elgar The Apostles, on Elgar, and on Three Choirs  by clicking in the labels below.