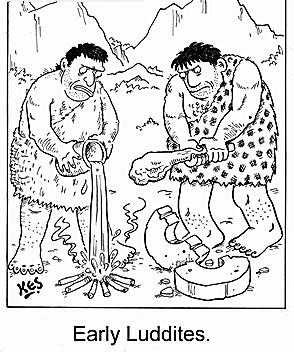 An article popped up in the Guardian just before 6 pm today, titled "Why does the BBC assume its audience won't like new music?" It deals with the fact that Harrison Birtwistle's Sonance Severance has been dropped from the BBC TV 4 broadcast of Prom 33. Hang on! Before jumping on the sackcloth and ashes bandwagon, try a bit of common sense.

First, Birtwistle's piece is only three minutes long, dates from way back and isn't a particularly crucial part of his output.  The really important part of this Prom broadcast is Lutoslawski's Concerto for Orchestra, a  significant milestone in modern music. Not knowing who Lutoslawski is, would be a much greater scandal.

Second, it's taken the Guardian a while to twig onto the story, which I first ran on 11th August, titled "Why the Proms musical apartheid on BBC TV?" The Guardian uses almost the same title, but my piece is more detailed. Read my article in full here.

Third, let's think critically  If we really care about new music, we should be looking not at TV but at the new music being performed in the first place. BBC TV4 is a generalist channel,  it's not aimed at cutting edge. It's like blaming Aldi for not stocking Beluga caviar. TV coverage of the Proms this year hasn't been as good as it used to be for various reasons, but that's a separate issue.

If we're going to talk about new music, at least we could understand what new music is. The two composers Daniel Barenboim featured in his Prom were pleasant enough, but won't change music history. They deserve credit, but shouldn't be used as footballs in a game they're not  playing.  The real crux of the matter is why the BBC needs to programme music that's too  bland to be original.  I've written a lot about the poor quality of new music this season many times, so search this site. By dropping some of the "new" music from TV, the BBC is doing some composers a huge favour.

Why is this year's "new" music so dull? The Proms audience is the biggest audience in the world. The bigger the audience, the higher the number of those who think they can't cope with what they don't know.  Because the BBC (and the arts in general) are under attack for being "elitist", they have to conform.

The trouble with art is that it's created by artists, not marketers. I don't believe that audiences are necessarily anti-innovation.  But public opinion is shaped by the media,  by politicians who play people off each other and, alas, by an increasingly vocal minority who espouse the musical equivalent of the Westboro Baptist Church. If we genuinely care about new music, the real issue we should be addressing is not red herrings like BBC TV4 but much wider issues..
at August 28, 2014