Why the Proms musical apartheid on BBC TV? 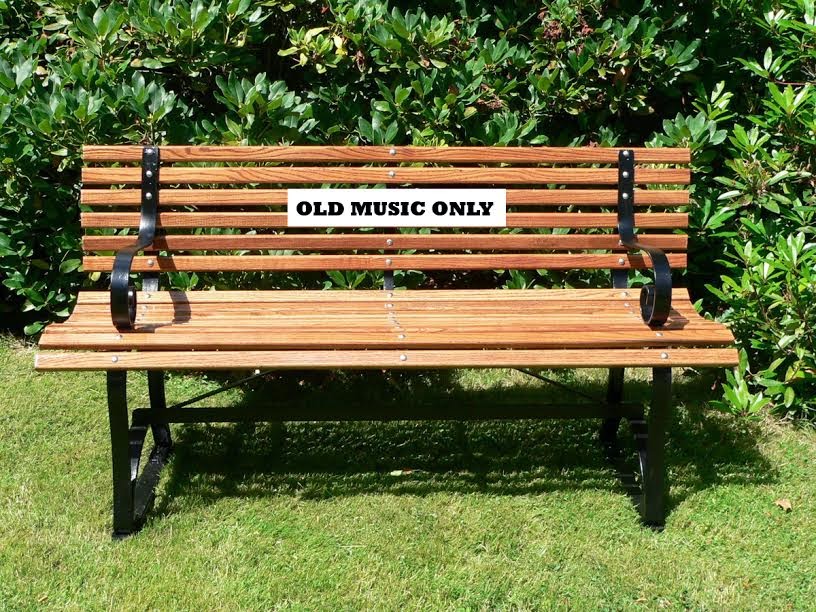 From Roger Thomas : "Something very puzzling is happening in BBC TV's coverage of the 2014 Proms. Although the concert items that the BBC labels as New Works are included in their original context in the live (but broadcast on a later date than the actual performance) TV screenings on BBC2 and BBC4, they are excised when the concerts eventually – there are delays compared with previous years when repeats were available almost immediately – appear on BBC iPlayer. Perhaps the delayed appearances on iPlayer are themselves a result of the extra editing involved in this surgery.

If you want to view the New Works again (often a good strategy with a new work anyway) you have to search out the special snippet programmes on the iPlayer index page (something that some might find daunting). Since loading these New Works has been so delayed, there have been quite reasonable complaints elsewhere on the internet from users who thought that some of the New Works had been“censored” by the BBC and had been lost for a repeat viewing altogether. They weren't a million miles off the mark, but I prefer the apartheid simile myself – these works have been banished from the city centre to a township in the suburbs. BBC TV has at last caught up with itself in this resettlement process. So the New Works by Quigang Chen, Roxanna Panufnik, Jonathan Dove and John McLeod (new? – published in 2000 and first performed in 2001) are now available if you are prepared to search them out.

But there is a wider issue. Why? Is the BBC ashamed of these works (some of which it has commissioned or jointly commissioned and therefore paid for, with licence payers' money). Or does it feel that it will drive away viewers if they are left in their original context – perhaps in some instances a concert planned with some thematic coherence? The New Works are of course of varying degrees of quality and accessibility, but the same could be said of many “Old Works” performed at the Proms. If a 14-year-old work such as McLeod's The Sun Dances is considered too challenging to be broadcast in its concert context beyond the first viewing, where  is the line to be drawn? After all, audiences have found much new music baffling when it was first performed: not just Sacre du Printemps, but even Elgar's second symphony, most of Mahler and, presumably, Beethoven. To stray off the main point, all this also perhaps explains why Oliver Knussen's marvellous long succession over the years of BBC SO Proms featuring out-of-the-mainstream and “new” (or newish) works has been broken, with his banishment to Cadogan Hall in 2014.

Some Prom audiences obviously find new music an unwelcome diversion from an easy-listening life. One misguided columnist in a reputable journal recently described it as “the programmers’ equivalent of cod liver oil, the bit they put in every [sic] concert to keep you in touch with new work, which is Good For You and must be taken along with the cake and jam”. Misguided not least because to boost her argument the columnist invented a work that had never been played at the Proms and had indeed never been written: Elliott Carter's Organ Concerto. The BBC shouldn't encourage such attitudes. It has a fine record for commissioning new music. It's time for a rethink on broadcasting strategy"

Good points! Knussen's at Cadogan Hall because he's doing chamber music. But what is "new" music, anyway? There's a huge difference between music thats been recently written and music that is genuinely original . Alas, the BBC seems to go for the former rather than the latter. Maybe they need to placate politicians who think mass appeal is more important than art. Most of the "new" music this season, with a few exceptions like Harrison Birtwistle, Simon Holt and Sally Beamish, has been pretty banal., and I've listened to nearly all, though I could not face Gabriel Prokofiev. (I did hear snippets.) (To be frank, I think that the BBC is doing some composers a favour by not highlighting their work. Some pieces are so bad they should be disowned to save reputations.)

Music is not like mince or ground beef, where any old bits can be mixed up together and regurgitated as new product. Sure, many people like mince. It's successful, whole fast-food chains flourish. But it's not good for you.

This sort of un-new new music only reinforces the idea that anything new is bad. As my friend has pointed out, most people who hate new music have no idea what they are talking about. But if the BBC takes that lot seriously, we're lost.

A few years ago I went to Aldeburgh, where a coachload of elderly people had come for Bach Mass in B minor. They were early, so many of them sat in on a masterclass with Pierre Boulez. He won them over. He was the same age as most of them, and started by talking about how grim the post-war years were when there were paper shortages, no printed scores, no LPs, no concerts. Then he explained why he got into music. He listened to everything he could, from early music to Webern. He didn't like it all, but he listened.  The main thing, he said, was not to create barriers. Then he went on to explain the piece of the evening in simple human terms. The Bach Mass crowd listened with rapt attention. Perhaps it was different to what they were used to, but they listened. Some even found that they liked it. Afterwards, some came up and warmly shook Boulez's hand.
at August 11, 2014

An afterthought and a correction (but not one to the BBC's credit, rather the contrary). I watched the BBC 4 broadcast of Prom 31. The presenter told us we could watch the Helen Grime premiere separately as a Prom Extra in a tone that suggested the BBC was doing us a big favour. Rather, the BBC is demeaning and patronising the composers whose new music is being played at the Proms.

My correction? I had assumed in my original posting that the first TV showing of the concerts included the "New Works". I did not watch any of these until Prom 31 and now take it that these earlier ones did not show the "New Works" in their first showing either.

If, as some have suggested, the BBC is segregating "New Works" in Proms Extra slots in order to minimise royalty fees (because fewer people will view these on iPlayer than watch the rest of a concert) a partial remedy is obvious: watch them as often as you can and boost the composers' royalties.

You seem to be defeating your own argument when you say 'I could not face Gabriel Prokofiev' and 'that the BBC is doing some composers a favour by not highlighting their work'. I am well aware how some 'new' music was received when first heard e.g. Rite of Spring but for those of us who 'have no idea what we're talking about' we're still entitled to an opinion. I would rather the new or commissioned pieces were given say a week of their own within a season of the proms and then you could choose to attend those concerts or not. This is coming from someone who is still scarred from hearing a piece by Xenakis at a live prom several years ago.

You're talking from "pure imagination". I've heard Gabriel's music before and know who he is. He's not his grandfather to put it mildly.