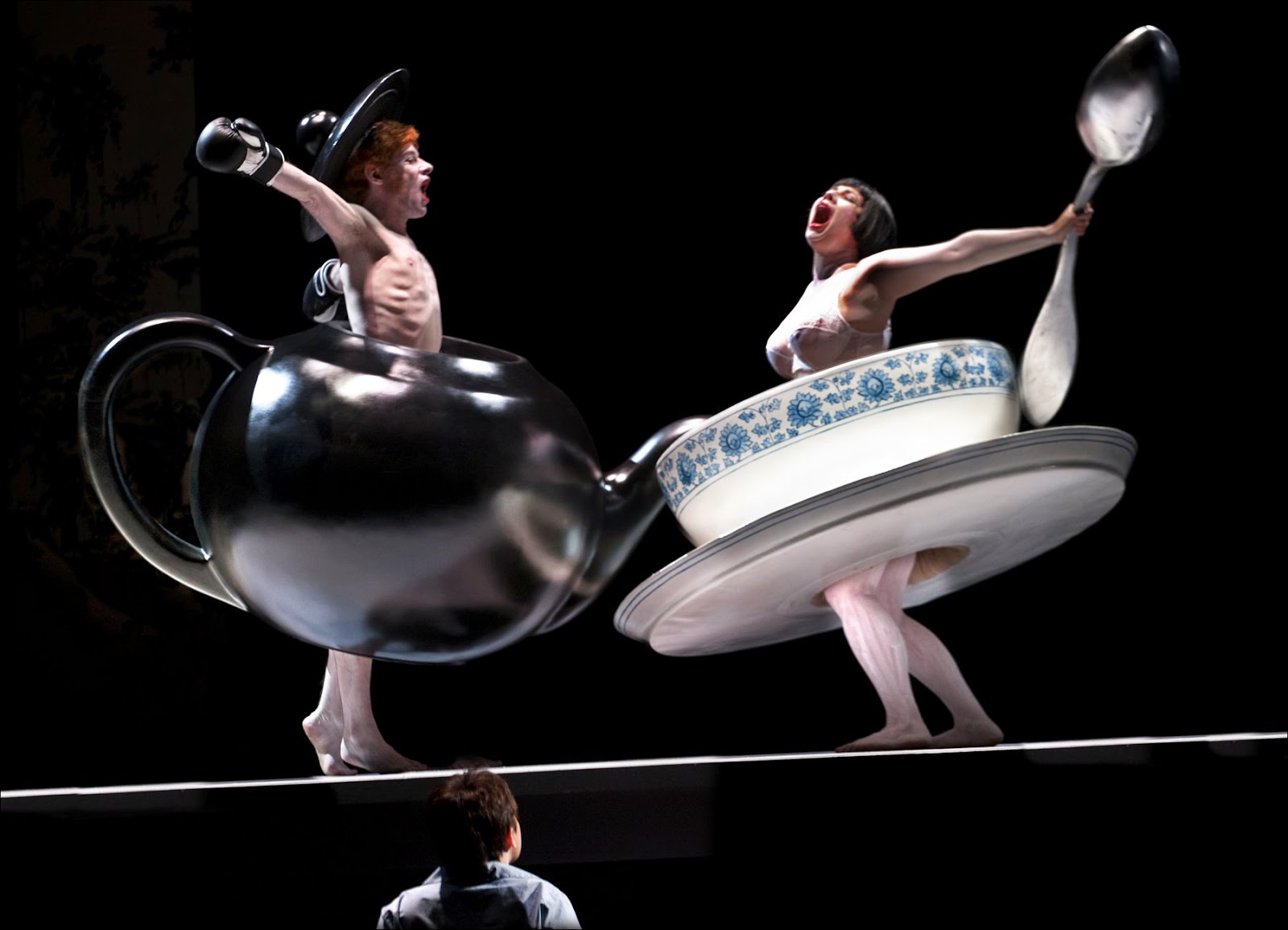 The FIRST EVER UK production of Donizetti Poliuto (from 21st May) will be conducted by Enrique Mazzola and directed by Mariame Clément, the duo behind Glyndebourne’s acclaimed 2011 production of Don Pasquale. American tenor Michael Fabiano, who made his Glyndebourne debut in Festival 2014’s new production of La traviata will sing the title role alongside Ana María Martínez.

Handel Saul will be the fifth work by Handel to be staged by Glyndebourne since the opening of the current theatre in 1994. Brilliant and provocative director Barrie Kosky will direct, with Ivor Bolton conducting the Orchestra of the Age of Enlightenment. Christopher Purves will sing the title role, Iestyn Davies will perform David, the acclaimed British soprano Lucy Crowe makes a role debut as Merab and American tenor Paul Appleby makes his Glyndebourne debut as Jonathan.

Mozart Die Entführung aus dem Serail last seen in the Festival in 1988. Robin Ticciati will undertake his fifth Mozart opera for Glyndebourne, conducting the Orchestra of the Age of Enlightenment and a cast including Sally Matthews, Edgaras Montvidas and Mari Eriksmoen.

"Surrealist fantasy with wit and style! L'heure espagnole and L'enfant et les sortilèges, the Ravel Double Bill at Glyndebourne, mixes charm, intelligence and nightmare.The audience applauded the scenery, but this time the praise was sincere.  Ravel's music and ideas come alive. I'm tempted to say, "beyond our wildest dreams", because dreams release the creative imagination. .....L'enfant et les sortilèges" says director Laurent Pelly "lasts about 45 minutes, but has the depth of an opera of three or four hours". (read the interview in Opera Today here). Ravel's music is extraordinarliy vivid, but his concepts don't easily translate into visual images. Pelly, however, is a master at bringing abstract ideas to life, as anyone who has seen his Glyndebourne Humperdinck Hansel und Gretel would know. The Teapot and the Chinese cup dance, their "human" bodies exposed beneath the hard exteriors of their form. Ravel glories in mad chinoiserie......the words aren't real but dadaist invention, even in Colette's original."

Danielle de Niese sings the two main roles. “Coming home to Glyndebourne to sing is hugely special to me. Playing both an adulterous femme fatale and an androgynous young boy in the same evening will be an exciting challenge and transformation for me as an actress. I have labelled it my 'Meryl Streep moment' - a chance for me to show different sides of my musical and dramatic palette. Glyndebourne and I share a common goal in constantly aiming to reach new heights and I am thrilled to be taking audiences on this artistic journey."

David Pickard, General Director of Glyndebourne, said: “I am delighted that, as well as maintaining our high artistic standards and international reputation for discovering exciting young artists, Glyndebourne’s 2014 Festival reached broader audiences than ever before. As a privately funded Festival, I am particularly proud that we are the only UK opera company to offer our performances for free online to be accessed by audiences right across the globe. Those streamings, together with the success of our dedicated Under 30s performance, were highlights of the season for me. I hope that all those who saw Festival 2014 operas, whether on stage, on screen or online went away with a new, or renewed, love of live opera.”