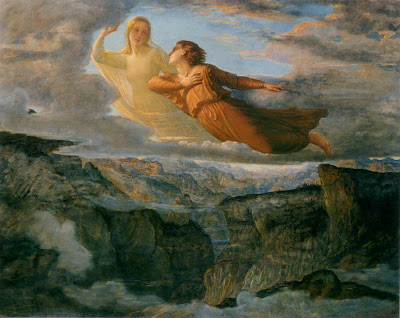 Pierre Boulez conducted Pli selon Pli at the Royal Festival Hall with Barbara Hannigan and Ensemble Intercontemporain and the Lucerne Festival Academy Ensemble. It was the apogee of the South Bank Exquisite Labyrinth weekend. Pli selon Pli contradicts assumptions. It's modern, but delicately beautiful, structurally intricate, yet profoundly emotional. Instruments like celesta, harps, guitar, mandolin and bell-like percussion. How lyrical percussion can be! Strange, limpid semi-harmonies, not simplistic dissonance. Understand Pli selon Pli, and hear how far off the mark myths about modern music (and Boulez) really are.

As vocal music, Pli selon Pli is even more remarkable.  It's based on five poems by Stéphane Mallarmé but Mallarmé isn't a conventional poet, so straight word setting would be pointless. Even translations are futile, because so much depends on the sound and shape of words, images and patterns of expression, and above all, the creative response of the reader. Boulez's Pli selon Pli is thus a highly intuitive "Portrait" of Mallarmé, built round "Improvisations" (all his words)  inspired by three poems, encased by two equally visionary movements.  Unlike conventional song the vocal part is so integrated into the whole that it seems to flow, silently, as an undercurrent beneath the orchestra, only emerging at critical moments. Boulez's approach to voice is so unique that he's unlikely to do opera in any recognizable sense of the term.

Pli selon Pli begins with a single explosive burst. It's significant for the work is built on single chords and cells, every colour kept as pure as possible. As in impressionist painting where brushstrokes shine, as in Debussy, whose influence hovers implicitly. At the core of the orchestra is the celesta, behind the conductor, five harps behind it, supplemented by xylophones, marimba, beaten bells and piano used as a percussion instrument. To the conductor's right, guitar and mandolin. Theya ren't noisy, flashy instruments but central to the whole piece. The celesta is often used because it has a "celestial", other worldly sound, much less dominant than piano. The guitar and mandolin may represent something more humble than, say, violins, evoking the image of poet or troubador. Vocal instruments, in their own way.

With textures as diaphanous as these, every note counts: careful listening mandatory. This is chamber music on a large scale, where listening and silences are part of the process. It feels as if the music is beiung turned over and examined from different angles. Mallarmé's first poem, Don (Gift), has images, but no grammar. Words are separated by spaces filled by dots, which are as essential to meaning as the words themselves. . Boulez expresses this with sequences of single chords, rippling around the voice. You're listening to the spaces and thinking, while the voice stretches forwards, searching and exploring. In this first poem, meaning is suggested by images of rock-like harshness - basalt. lava, winter - contrasted with images of ephemera - foam on waves, memory, loss. When Hannigan sings the word "hiver" (winter) the single notes around her prickle like penetrating frost, the sea itself frozen hard. Ce lac dur oublié que hante sous le givre le transparent glacier".

The Improvisation on Une dentelle s'ablouit combines Mallarmé's puzzles with Boulez's intricate structures, this time in reverse. Like lace, Hannigan's lines trill and twist - horrendously difficult to sing - but behind her the music unravels. Whispering sibilants of cymbals being brushed, a fairly long passage for maracas. Then, as if brought to life by the line flotte plus qu'il ensevelit, the flutes emerge floating the vocal line that's subsumed behind the orchestra. Deftly placed silences again - a long gap between "au creux néant" and musicien" to emphasize dormant creation. Similarly, emphasis on the word "le sein", the key word in "Selon nul ventre que le sein filial on aurait pu naître". Few composers are quite this sensitive to meaning.

Mallarmé throws a wild card with multiple puns on vowels in A la Nue Accablante Tu but Boulez parries with sound that extend the vowels and cut across them with sharp sibilants.  Again, the hard images from the beginning of the cycle, "basse de basalte et des laves", Hannigan's voice intoning darkly, her legato rising and falling like the waves of the sea implicit in the symbols of foam and shipwrecks. The orchestral cells break into patterns that might suggest water, light, churning like the motions of waves. Languid but purposeful.  Gradually a new perspective emerges. Trumpets, tuba, tubular bells, so reminiscent of Messiaen that it feels like a deliberate reference, especially given the meaning of this work as a whole. If Boulez is referring the penultimate section of Et exapecto resurrectionem mortuorum, it gives Pli selon Pli even greater resonance.

Lovely passages for solo celesta, for the double basses, lower strings, and violins, but guitar and mandolin return to the forefront again. The last movement, almost wholly orchestral but for one line, feels like song, with endless choruses from different parts of the orchestra. Arpeggiatos and individual cells but unstoppable forward thrust : the image of waves and the sea. The single vocal line is ironic. "Un peu profound ruisseau" sings Hannigan, "calomnié la mort", stressing gaps betyween words, and shrieking wildly up the scale, as if the line is being drowned by what the orchestra is singing. Towards the end, she no longer sings but exhales, as she did at the beginning of thee whole piece, the word "la mort" barely gasped, as if it's too much to contemplate. As Pierre-Laurent Aimard said during the afternoon piano sessions, one of Boulez's signatures is reverberance that continues long after a performer stops playing. The "music" continues to resound, and should be listened to, as it's part of the whole. Alas, someone started clapping too soon.

I'm sorry I haven't done an instant review on this as I haven''t been well, but Pli selon Pli is music that repays reflection "fold by fold".  I don't know if I have time to write up the other concerts in thsi excellent series - especially the Aimard/Stefanovich masterclasses and the Eötvös/London Sinfonietta concert with fantastic Clio Gould Anthèmes II. But read Mark Berry in Boulezian instead HERE and HERE.


Email from a friend :
Seems Boulez did Pli selon Pli from 21 September onwards in Amsterdam, Milan AND Turin, Munich and Paris before London. It had been performed in Lucerne, with just the Lucerne Festival Academy Orchestra (ie bigger than the LFA Ensemble) on 8 September. No wonder he looked a bit worn out.

You might also like these posts : Full video of Boulez conducting Pli selon Pli in Paris, and an interview with Barbara Hannigan by Ivan Hewett.