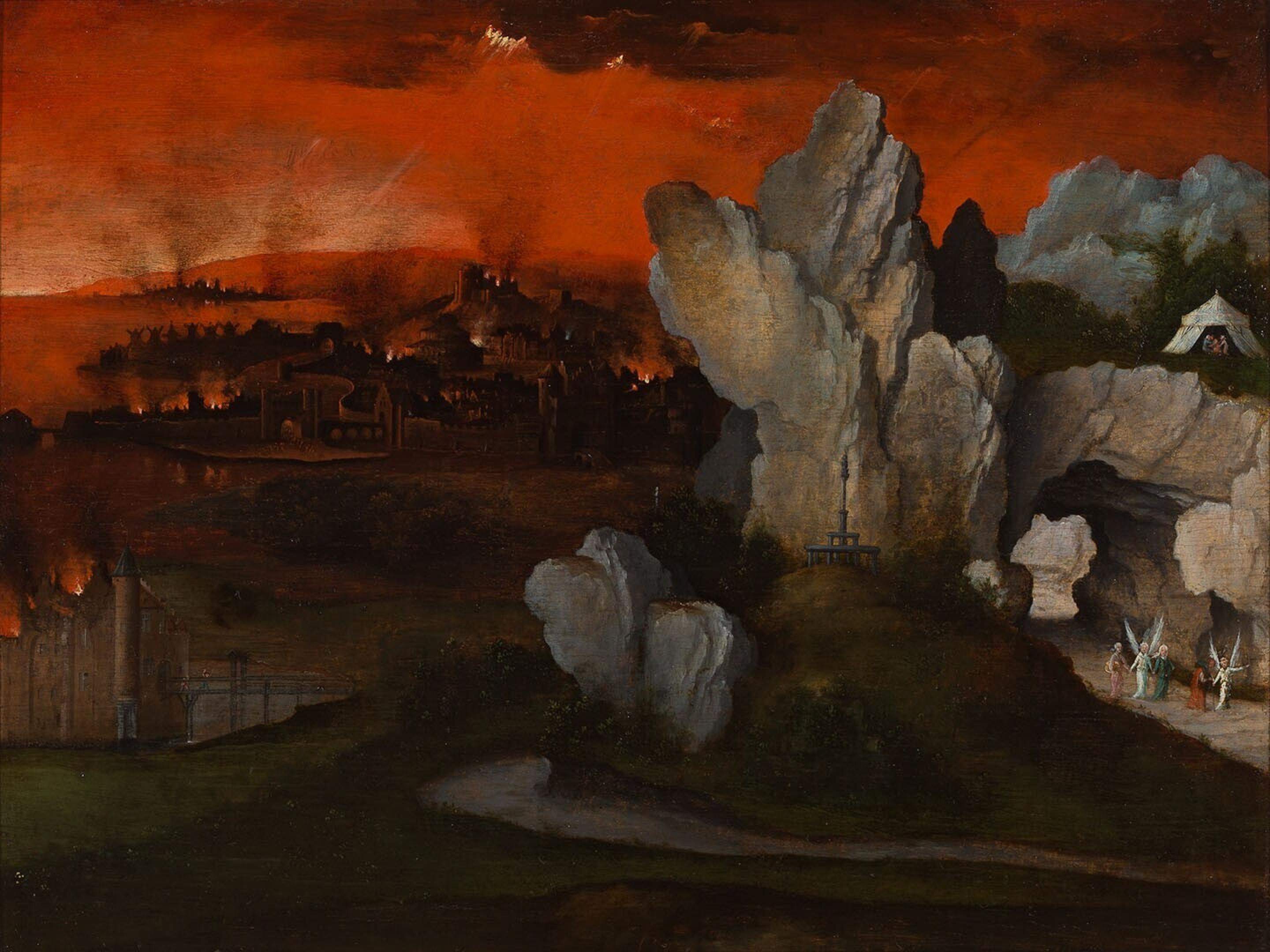 Politicans dare not say what many economists feel in their hearts. This present "recession" is something that cannot be solved by any kind of quantitative easing. It's the biggest financial cataclysm ever known, exacerbated by the sheer size of the world economy and its dependence on technology. Sorry, guys, but this is a Collapse.

So listen to K A Hartmann's Gesangs Szene (1961/2) based on Jean Giradoux Sodom et Gomorrhe (1943). There's an excellent performance from the Berliner Phiharmoniker with Goerne who sings this frequently and with great force). Also recordings by Kubelik/Fischer-Dieskau, (even better orchestrally), Rickenbacher/Nimsgern and early Metzmacher.  Both were written in crisis situations, Hartmann, who had survived the Nazis, may have felt that the Cold War and nuclear weapons would bring about even more destruction. This text deals with empires so powerful they seem invincible.  Giradoux ostensibly writes of Sodom and Gomorrah whose proud empire stretches as far as India. But then an archangel appears in the Heavens and Sodom and Gomorah are wiped out in an instant.

A long, 150 bar introduction paints the scene. Solo flute hovers over the busy tumult in the orchetrsa, followed by oboe, clarinet and basson, played with strange, unsettling distortion (especially vivid in Kubelik's recording).  Sudden, savage discords. From this emerges the baritone, like a macabre master of ceremonies. "Das ist derschönste Spielbeginn". Very calm and controlled but all the scarier for what he has to tell/ "We have seen", he sings, "empires, especially the strongest and fastest-growing and those with the most secure guarantees of stabilty...at the height of their powers of invention and ingenuity..." So technogically advanced was this empire that it marshalled the seas and skies, conquered illness, darkness, ugliness and the weather, cured the common cold and synthesized diamonds. So when Goerne sings the third verse "Wir alle haben Reiche sturzen sehen", it's like a one man chorus in a Greek tragedy. 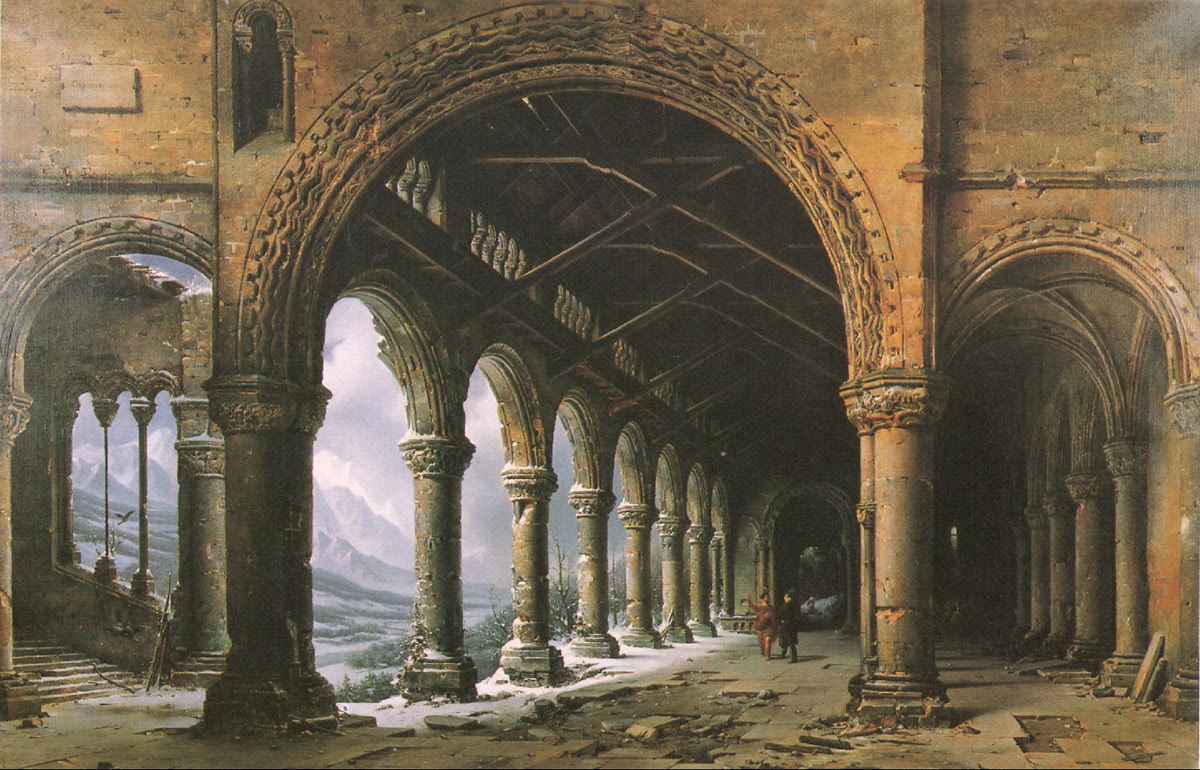 Then suddenly the voice hushes. A sudden sickness, thought to be extinct, develops and kills the healthiest and strongest.  The text specifically mentions "the mortgages of God" being foreclosed. Suddenly the great halls of power are deserted. "The Wolf is found in the centre of the city, and lice on the bald heads of millionaires".

At first voice and orchestra alternate, then gradually combine. Angular ostinatos underline the voice "Das Übel der Großen Reiche ! Das Tödliche Übel ! (the evil of great empires, the evil, ofv death). It's horrible, horrifying. Huge swirling figures in then orchestra, like windstorms, crashing cymbals - and very quiet drum beats and single notes on harp. "And in this storm, these thundering wavees, this war of wars, nothing survives  but bankruptcy and disgrace, the face of a child, distorted by hunger, the cry of a mad woman....and Death".

The text has a difficult, wordy syntax, so Hartmann sets it like speech, the solemn pace part of the horror. At times, it feels like quasi-sermon, for there is moral indignation behind the simple, matter-of-fact delivery. The singer hardly needs to rise about semi-speech, the meaning is so intense. Along reprise of the intrioduction, where the symbol of the flute is made clear. "In jedes Vogellied hat ein grauenhafter Ton scheingeschlichen..... Und die Bäche sind clar und spiegelblank die Quellen" The orchestra plays "watery" sounds, wavering and insecure. "Aber ich habe das Wasser gekostet, es ist das Wasser der Sintflut. "
The oceans the Empire controlled have broken their bounds, nature is wiping out the traces of this grand civilization. But nature has been irrevocably polluted. The waters of the stream are clear, but they're the waters of the Great Flood. The sun is scorching, but it's boiling pitch, unsafe for man. And the song of the bird (the flute) bursts out from its throatlike inexorable thunder.

Hartmann didn't finish setting the last strophe, because he died. So it's intoned as slow speech,  unaccompanied by the orchestra. This numb understatement has dramatic effect, as if suggesting the trauma is too bitter to contemplate. Es ist ein Ende der Welt ! Das Traurigste von allen!".  It is the end of the world, the saddest of all.

Only three years ago it seemed that champagne would never stop flowing and things like bribing people to buy expensive cars would kickstart  the economy. Silly bandaids that don't address the structural faults in the system. No-one knows the answers but no-one dares voice the possibilty that what this cancer needs is major surgery and the political equivalent of chemotherapy. No government is getting out of this mess alone. We're facing the scary prospects of the fall of capitalism as we know it, and it's not going to lift if we think only of our own patch. It feels like the 30's all over. Ironically, what lifted that slump was war. This time, war is part of the cause.