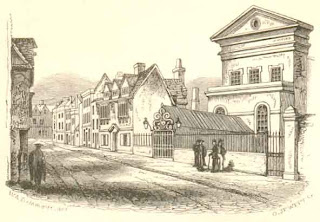 In just ten years, the Oxford Lieder Festival has become Britain's most important Lieder festival, with an international following. It began as a labour of love. Ten years ago, Sholto Kynoch, now Artistic Director and driving force behind Oxford Lieder, was a postgraduate student working with Malcolm Martineau. "It started by accident", he says "I just wanted to play Schubert with friends." That first year, they performed just the three Schubert cycles. Schubert remains at the heart of the Oxford Lieder Festival. There are plans for a huge, ambitious Schubertiade in 2014. 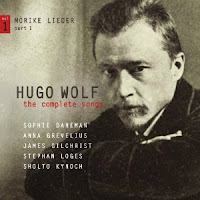 Oxford Lieder does things in depth. There's a two day series of workshops, talks and four concerts considering "The Wagner Effect" on art song, with particular emphasis on the songs of Franz Liszt and Hugo Wolf. Very good speakers, including Amanda Glauert, whose "Hugo Wolf and the Wagnerian Inheritance" is a classic. Oxford Lieder is in the process of recording the complete Hugo Wolf song output. Volumes 1 and 2 ( the Mörike songs) are already available through Stone Records. The discs are unusual in that they feature four different singers (Sophie Daneman, Anna Grevelius, James Gilchrist, Stephan Loges and Sholto Kynoch at the piano) and were recorded live last year in the Holywell Music Room, with its perfect, intimate acoustic. This year, the concert on 18th October is being recorded and will feature Wolf's earliest work and his settings of Keller and Ibsen.
An intensive three day series on Swedish Song follows from 21st October. Oxford Lieder has a tradition of presenting Scandinavian music. This year, Miah Persson, Anna Larsson, and Håkan Vramsmo will be singing Rangström, Sjögren, Nystroem and Grieg . There'll also be premieres of two new works, by Tobias Brostöm and Carin Bartosch Edström. Håkan Hagegård will present one of two masterclasses in Swedish song and be on hand for a screening of Ingmar Bergman's film of Mozart The Magic Flute, in which he sang Papageno.
Although the Oxford Lieder Festival operates on a shoestring, it makes a point of supporting new work. This year's composer in residence is Charlotte Bray, whose work will feature in three separate concerts, culminating with a new song cycle specilly commissioned by Oxford Lieder, to be premiered on 27th October by Roderick Williams. There's a composition workshop on the same day, led by Professor Robert Saxton.
The Oxford Lieder Festival is supported by many major singers, like Wolfgang Holzmair, Florian Boesch, Sir Thomas Allen, Sarah Connolly, Dame Felicity Lott, James Gilchrist and Roderick Williams, all of whom will be giving keynote recitals.
Fundamental to the Oxford Lieder ethos, however, is the idea of nurturing new talent. Each year there's a two week residential masterclass for pairs of singers and pianists. developing practical performance skills. Participants attend the whole Festival, so it's intensive, but rewarding. They also give their own concert. There's also a Young Artists Platform which gives awards and opportunities for singers and peianists to perform year round. This concept of practcal performance means a great deal to Sholto Kynoch. He loves "the buzz between performer and audience, that allows you to put across what you want to with the music". He adds, with enthusiasm, "That two-way dynamic is something I've tried very hard to get at the Festival, and I think it's one of the festival's strongest features."
Most concerts take place in the Holywell Music Room, where Mozart and Hadyn once performed. It's perfect for Lieder because its size allows particularly close communication between performers and the audience. For many that intimacy might be intimidating, but Kynoch's personality encourages performers to give of their best. He gives over 70 concerts a year, as pianist, but he's also a charismatic organizer. The "Oxford Lieder Family" atmosphere, involving both audience and performers, is part of its unique charm. Everyone is valued, whether a big star or a non-professional. There are even workshops for amateurs and part-song recitals in the street to attract people who don't yet realize how much fun singing can be.
For more details, please see the Oxford Lieder Festival website.
at October 10, 2011