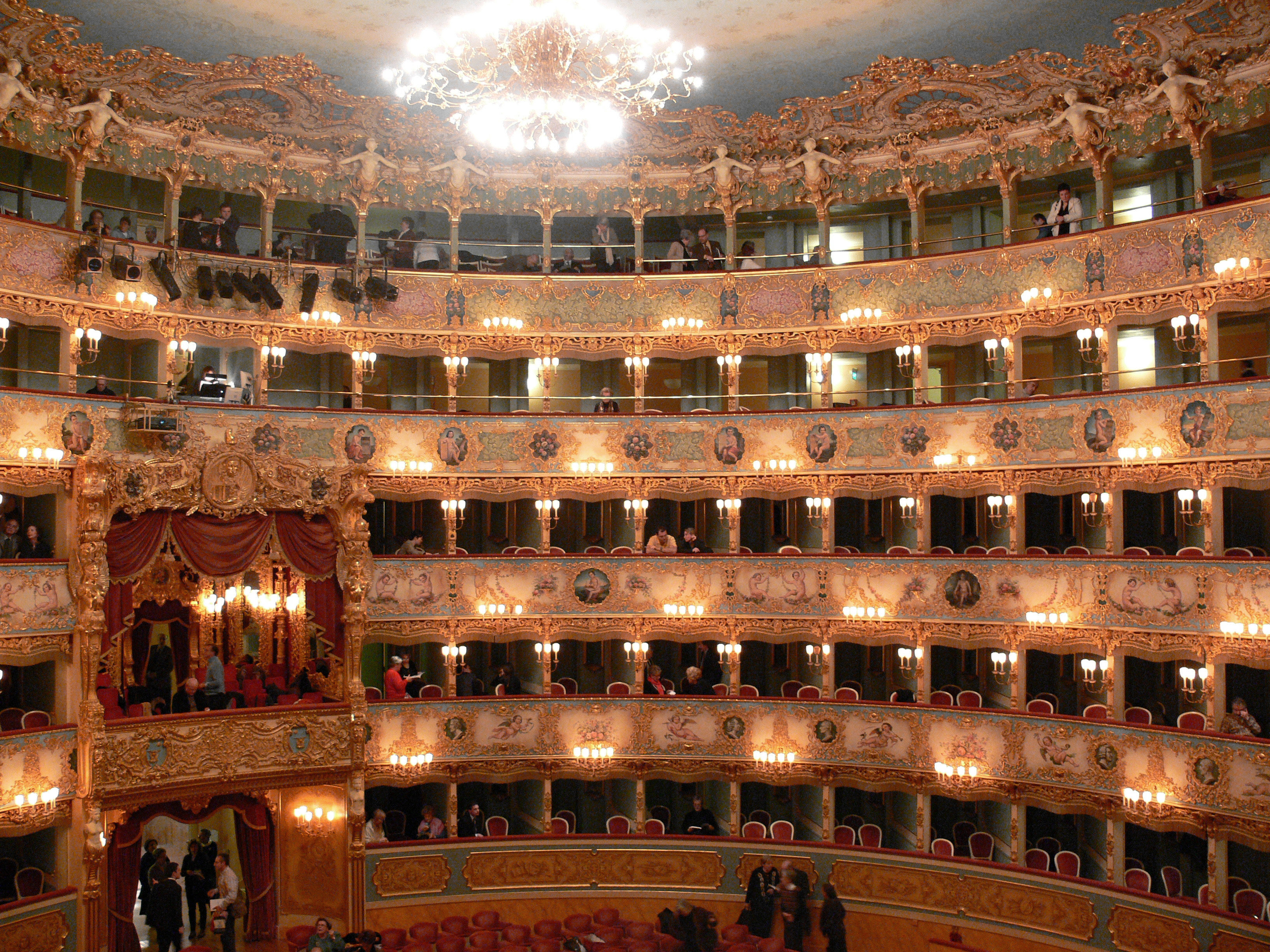 How are opera houses configured and why? A major article in the Financial Times examines how the design of opera houses has changed in response to changes in music and society. Read it here. Wonderful photos. (mine is La Fenice). It's a significant article because it shows that there's never been just one type of house or acoustic. Or opera, for that matter. The article's also significant because it states that which most dare not say. Some opera patrons could not give a stuff about music.

In Italy, opera audiences were socially diverse, though the masses were kept away from the nobs. Important consideration for health and hygiene reasons, not that the nobs washed either. English houses had a similar demographic. Nell Gwynne supposedly met the King while selling oranges (albeit at the theatre not the opera). Opera houses were ornate, not just because they catered to the rich but because they extended the idea of fantasy and glamour that made theatre an escape from brutal reality. But, as Marshall McLuhan said, "the medium is the message". Going to the opera became associated with class and wealth.  The Old Rich had nothing to prove, but the New Rich needed something to signal their status. So if you had money, you spent loads at the opera, whether or not you cared what was on.  A bit like vanity plates on cars. The really posh don't need to advertise. Opera as social signifier and opera as art aren't the same thing.

Perhaps this explains the innate conservatism of some opera audiences. A few years back there was a fuss about the number of small German opera houses (many ironically built for real kings and nobles).  "The trouble with German audiences" said some, "it that they have too many opportunities". Ergo, limiting attendance to the Met is good for art? All the more reason to read the article in the FT.