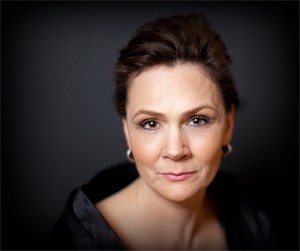 It's ironic that Jean Sibelius is the best known composer of Swedish song. But Sweden ruled Finland and much of Scandinavia for many years, and Sibelius grew up speaking Swedish, not Finnish. That should indicate the richness of Swedish culture. This weekend of Swedish Song at the Oxford Lieder Festival 2011 should help  raise awareness of the glories of Swedish Song.

Daniel Grimley perceptively analysed the songs in the recital which followed. This is the kind of depth we need more of. Grimley knows his subject well (he wrote the book on Grieg, landscape and identity) and has perceptive things to say. Too often these days talks and notes are "filler" produced by people who have no idea what they're talking about. It's anti-learning. (I walked out of something at the South Bank recently, as did several others).

Anna Larsson and Matti Hirvonen chose an eclectic programme which started with Sånger vid havet (Songs by the Sea), by Gösta Nystroem (1890-1966). Sweden was neutral in 1944, but as Dr Grimley said, Swedish people weren't immune to the chaos around them. The "Song of the Sea" describes the ocean, sometimes windswept and turbulent, sometimes seemingly still in the moonlight, a thing of beauty which can turn menacing. Delicate diminuendos, sparkling figures that evoke images like light on water, or ocean spray. "Who are you who walk here, transient and fragile, who are you who trample the summer meadow?"  (Ute i skåre, Among the Rocks, Ebba Lindqvist). The landscape seems perfect, but behind it is unfocussed dread. Sonorous depths, especially in the piano part, evoking the power of nature, perhaps. In Havets visa (the sea's song) the poet Hjalmar Gullberg (1898-1961) briefly mentions the "voice which parts waters and makes light", but is even this haven completely safe? The last song, also Gullberg, ends "I await the moon, the friend in all misery, with him I can speak of the dead".

Anna Larsson was a wonderful Princess in the recent Puccini Suor Angelica (review HERE) and we're lucky she sings regularly in this country (twice at the 2011 Proms). Nystroem may be close to her heart, as she sang with great feeling. The cycle is a pinnacle of the Swedish mezzo repertoire. It's been recorded several times and there's also an orchestral version, though the piano version is more direct and intimate. The BIS recording (Birgit Finnilä) is probably best known, but there's also one by Nina Stemme from 2004 (she sounds very young). Larsson's mature enough that she can express the existential angst central to this wonderful cycle, with great depth. Because she's secure at the top and bottom, she sails the range smoothly. That upwards/downwards flow is itself part of the music for it reflects the movement of the seas.

Always pay attention to Oxford Lieder because here is where things happen.  Many new works, carefully chosen. Carin Bartosch Edström's Four Nocturnal Songs received its world premiere, and if the reception was anything to go by, it ought to be heard many times more. It's very distinctive. Firm ostinato on the right hand, rolling, circular figures on the left, creating brooding, internal tension. Matti Hirvonen is a leading exponent of Swedish piano music and a great song partner, who's worked with most Scandinavian singers from Elisabeth Söderström onwards. In this performance, you could hear why. The piano part in this cycle is dominant, and Hirvonen sculpts it firmly, for it's the foundation of the work, from which the voice emerges, as if in incantation. 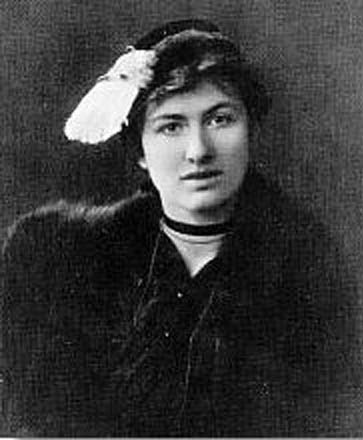 Hearing Edström's Four Nocturnal Songs for the first time, one senses the originality of conception, even without a detailed reading of the words. The rumbling piano part suggests deep, primordial forces, over which the voices rise, as if from the still of the night. Indeed, the power of this cycle stems from its understated resolve. No need for histrionics in the voice part, for it's so well integrated with the steady rhythms in the piano, which rise and fall like breathing, with some quite magical quirky flurries.

The poems are by Edith Södergran (1892-1923) a Swedish speaking Finn, like Sibelius, who lived in Russia, and the Karelia, which was later ethnic cleansed. It's significant. Södergran grew up in a time of war, revolution and chaos, In one poem, a star crashes into the poet's garden. "Don't go out in the grass with bare feet" she warns, "my yard is full of shards" (It sounds better in Swedish). Then "Don't get too close to your dreams, they are madness". The third song, Nattlig Madonna is, as Dr Grimley said, an anti- lulllaby.  While her child sleeps in the night, a mother hears an angel sing. O vad världen växte ut i alla vidder närden lille sov! I think it means that while the child sleeps, the world outside is changing. At the very end, Larsson's voice ascends steadily up the scale. Morgonen stiger röd ur oceanen (Morning rises red from the ocean). It's beautiful, yet unsettling. Gentle and non violent as it is, Carin Bartosch Edström's Four Nocturnal Songs is very moving and assured. Defintely worth hearing again. Edström may not be known In Britain, but she's very experienced - check her out on Google.

Larsson and Hilvornen followed with four relatively familiar songs by Ture Rangström, including Vingar i natten (Wings in the Night), made famous by Anne Sofie von Otter, and songs by Strauss and Mahler, of whom she's one of the better intrepreters. But the Nytsroem and  Edström cycles were by far the highlight of the evening. Larsson and Hirvonen are performing the same programme tonight in Amsterdam (except the Edstrom songs)

Lots moreon Oxford Lieder on this site,pleasesearch.You might also like a piece on Onerva, the Finnish poet and  a description of the seminal film Korkalen
at October 23, 2011