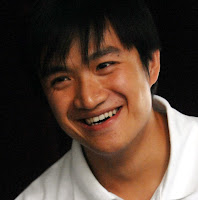 Without young artists, no art form will thrive or grow. The Royal Opera House's Jette Parker Young Artists scheme nurtures good things from young artists so that their performances attract thoughtful audiences. All members of the Royal Opera House Young Artists scheme are professionals, not students, and have extensive experience even before they come, as former Young Artist Simona Mihai put it, "to be polished like gemstones". Graduates of the scheme include Marina Poplavskaya, Jacques Imbrailo and Ekaterina Gubanova.

Most of the Young Artists are singers, but the scheme also covers other aspects of opera-making. The singers, director and conductors in the scheme created this special performance of Massenet Le Portrait de Manon and Berlioz Les Nuits d'été to demonstrate their skills.

Des Grieux (Zhengzhong Zhou) has grown old and bitter, so trapped in his grief that he's irritated when his lively young nephew Jean (Hanna Hipp) falls in love and wants to marry. The set (Sophie Mosberger) is very well designed, emphasizing Des Grieux's isolation, despite the trappings of wealth. There's a long rumination, in which Des Grieux sings about his past. Zhengzhong Zhou worked two years in France, and sang Valentin in Gounod's Faust earlier this month, so although he's only 27, he characterized Des Grieux's personality with emotional depth. His makeup was so well done, he looked as mature as he sounded. Pablo Bemsch, as Tiberge, Des Grieux's friend, was also very convincing, extending our sympathy with the predicament. Des Grieux isn't being unreasonable when he opposes Jean's marriage : perhaps he doesn't want the young man to be hurt as he was.

Love and youth will triumph, after all, as this is opera. Hanna Hipp is one of this year's new members of the Young Artists scheme, but she impressed greatly even as a student several years ago at the Guildhall School of Music and Drama. Here she's a vivacious young scamp in trousers. Maybe Des Grieux is right, Jean's too young to be tied down. But Hipp and Aurore (Susana Gaspar) are spirited, and their confidence in their roles makes the resolution inevitable. Stunned by Aurore's appearance, dressed as Manon, Des Grieux remembers and relents. If Manon the opera is tragic, Le Portrait de Manon is an invigorating romp, and in this performance, deftly executed.

Berlioz's Les Nuits d'été is a song cycle, and even in the 1856 orchestral transcription heard here, doesn't transfer easily to the stage. In theory, there's no reason why not, and the undercurrent of dream unifies the group of songs. While the staging for Le Portrait de Manon was concise, enhancing, adding to meaning, the staging for Les Nuits d'été was clumsy. One bed might have sufficed. These songs express states of mind, not different characters.

Pablo Bensch had been interesting as Tiberge earlier, so I was looking forward to his Villanelle. Unfortunately orchestra and singer weren't properly aligned, the winds entering insensitively, throwing the vocal line off kilter. Fortunately, Bemsch was better supported in Au Cimitiere. Hanna Hipp and Susana Gaspar sang the other songs. The balance was good, making a case for mixed voices. Berlioz sanctioned this, but it's usually impractical in recital. Another good reason for paying attention to Young Artists Events, where repertoire is often approached in interesting ways.