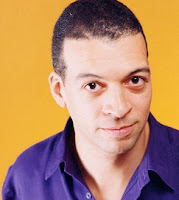 "I'm not dressed as a mermaid," quipped Roderick Williams. He was singing Elgar's Sea Pictures. Yes! Sea Pictures, mezzo soprano territory, usually heard with full orchestra, but here in the less common piano song version, at the Holywell Music Room, part of the 10th Oxford Lieder Festival. The grand Elgar gestures are still there in the piano part (especially in Sabbath Morning at Sea) but the cycle as piano song is something altogether more immediate and direct. Williams make such a powerful case for Sea Pictures that he raises Elgar's profile as song composer.  This Sea Pictures is so much more distinctive than most of Elgar's other rather more stylized piano songs. At last we might hear programmes of English song with Elgar given due prominence.

Despite its preoccupation with folklore, English song is a 20th century genre, far removed from bucolic pastures. Yet it's not  pretension. Roderick Williams has transformed English song performance practice because he approaches it as music. He's direct, personal and immediate, completely without affectation. He's astounding good technically, lovely burnished timbre, impeccable phrasing. The transpositoin is perfect,  and even when the tessitura leaps, Williams is secure. He communicates as if he's in conversation, telling an interesting story he cares about. "I, the Mother mild" sings Williams, "Hush thee, O my child". We might be thinking Janet Baker, but Williams expresses the spirit of the poem, for Ellfinland exists beyond gender or time. The imagery in these songs is nautical and in some songs the mood is ebullient. But meaning is deeper. "The music seeks and finds me still, and tells me where the corals lie". 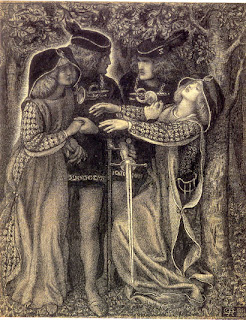 Oxford Lieder does rare repertoire well. Until Roderick Williams sang Ralph Vaughan Williams (no relation) Willow-wood, the cycle hadn't been heard since 1903, and was known only to specialists. In 2005, he recorded the version with large orchestra and female choir. The text (Dante Gabriel Rossetti) suggests furtive lovemaking in the woods. In this performance, Williams brought out the unhealthy, even sinister aspects clearly. The orchestral version may be more ambitious, but the piano version is far more expressive.

Charlotte Bray is composer in residence, with three of her works performed at this year's Oxford Lieder Festival.  Her Songs and Sonnets is a key new work, heard here for the first time. The poet is Fernando Pessoa, who turned multiple personality into art form. He's become cultish in recent years because his work is surreal, utterly unique. His perspectives open new dimensions: No wonder he fascinates so many composers. Read more about him here on this site.   In these poems, Pessoa is parodying Os Lusiadas, the Lusiades, the Homeric epic poem by Luis de Camões (1524-80) which is so iconic that it symbolizes Portuguese culture and identity.  Bray's response is interesting. She counteracts Pessoa's florid text with spare, open textures. Often the voice is unaccompanied, and the words declaimed rather than sung. Camões and Pessoa are formidable poets to attempt, so if Bray doesn't focus on structure, her detailed word painting is a reasonable response.

Williams and his pianist, Andrew West, began their programme interspersing songs by Fauré and Duparc with songs by John Ireland. Numerous correlations with the rest of the programme. Exotic images of travel,  songs better known for female voice, even the idea of neurosis if you connect Duparc with Pessoa.

Roderick Williams is perhaps the most original British baritone today, and I do include bigger names, because his voice is so distinctive, and he communicates so powerfully. He 's also adventurous with repertoire. "Next time", he said "I might sing Schumann Frauenliebe und Leben". It has been done before (Matthias Goerne) and brings out new perspectives in the familar cycle. Maybe Oxford Lieder should take him up on his dare.

Read about Roderick Williams in ENO's Rameau Castor and Pollux HERE. It's nice to see Roddy with his clothes on! But he must be covered in bumps and bruises after that production. And read about his Butterworth Complete Songs HERE - amazing !!!!
at October 28, 2011