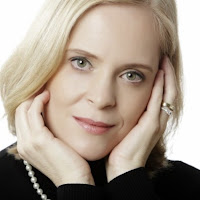 Never underestimate Oxford Lieder, whose 10th anniversary Festival started yesterday. The Festival started with Schubert part-songs in  Radcliffe Square but the keynote gala opening concert featured Birgid Steinberger and Graham Johnson. Steinberger may not be well known in Britain but that doesn't mean she isn't well-known in Lieder circles. Anyone whom Graham Johnson and Julius Drake respects is significant. Oxford Lieder chooses well and wisely, so pay attention!  Anyone who sings Der Hirt auf dem Felsen D965 knows what they're doing. Steinberger is Kammersängerin in Vienna, and amongst other things has performed at Schwarzenberg  and won the prestigious Hugo Wolf prize in Stuttgart. So those who didn't attend this concert didn't know what they were missing.

At first, Steinberger didn't do herself justice. Something clearly was wrong, as her chest sounded tight and congested, though there were many fine moments, indicating what she was really capable of, like a hauntingly well-nuanced "Alleluja" at the end of Die junge Nonne D828. Subtle is a  better marker of good singing than brash and belting. Apparently Steinberger had a severe vocal infection but didn't cancel, knowing how important this first concert in the Oxford Lieder Festival can be. Good singers are conscientious, and know when they're not at their best, which adds to nerves and tension. That's no demerit at all. Sensitivity is by far more important in an artist (and in life in general).

Listening to Steinberger overcome her problems was in itself an education in how song partnerships work. (Masterclass participants, take note). Graham Johnson is a perfect song pianist because he is sensitive too, supporting and enhancing the singer, playing eloquently so some of the pressure is deflected. The act of singing can loosen things up, and experience brings confidence. What a transformation after the interval!

Reinvigorated, Steinberger was able to bring out the cheerful, erotic kick in three relatively little known Schubert songs, Das Echo D990c, Heimliches Lieben D922 and Lied der Anna Lyle D830. The word "Küsse!" is invested with such luscious charm that there's no mistaking that the maiden knew full well that the kiss was real, not an echo across a valley. Good programme planning again (Graham Johnson?). Der Winterabend D938 followed the three sensuous frolics, injecting a note of winter and lost love, which deepened the mood before the magnificent climax of the evening, Der Hirt auf dem Felsen D965. (Please read my analysis of Der Winterabend HERE) 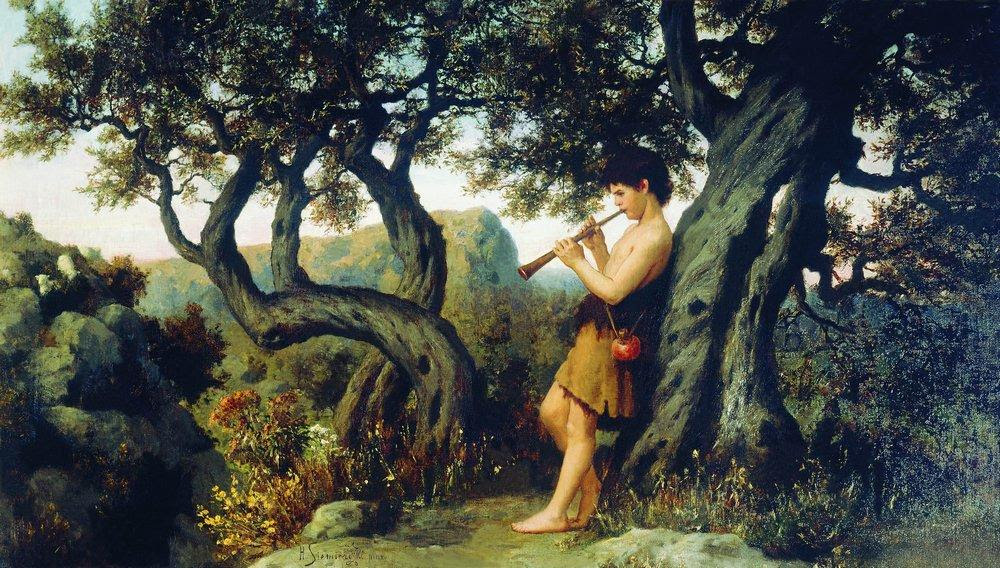 Der Hirt auf dem Felsen is a tour de force, which Schubert wrote for Anna Milder-Hauptmann as a vehicle for displaying her extreme vituosity. It also capitalizes on the idea of "Alpine" music that was so fashionable at the time, with which Milder-Hauptmann was associated. Thus the swooping dips and leaps up the scale, evoking mountains and valleys, and the idea of a shepherd, perched high on a rock, playing his flute so the sound will travel long distances and reach his beloved. The echo again, forces of nature that defy convention and restraint. "Je weiter meine Stimme dringt, je heller  sie mir weider klingt" and then the gorgeous dip "da unter", which Steinberger slides down the scale, evoking the depth of the clarinet (Joy Farrell).  Indeed, the three-way flow between voice, clarinet and piano reflects the spatial images in the song, where feelings carry through on different levels across space and presumably time. It's a masterpiuece. What "chamber music for voice" might Schubert have written had he lived?  A superb ending to the first concert in this year's Oxford Lieder Festival. Those who missed it, missed a lot ! More on the Festival, which continues for 2 weeks, HERE)

The painting is Henryk Siemiradzki (1843-1902) a Polish academician much given to depictions of the Holy Land, Middle Eastern cultures and heroic myth. Perhaps Szymanowski knew this picture, for it expresses the anarchic sensuality of the Shepherd in Krol Roger.