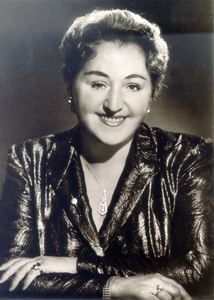 There aren't nearly as many recording of Erich Korngold's Die tote Stadt as there should be, because it's an intriguing opera.   The recording most people know is the 1975 version conducted by Erich Leinsdorf, with René Kollo amd Carol Neblett. But here is the first full recording from 1952  Erich Lehmann conducts the Bavarian Radio Orchestra and chorus.

Maud Cunitz (1911-87) sings Marie/Marietta. She's a Wagnerian soprano of the old school. The role presents horribly difficult challenges which few manage properly Even when she has to leap way above the stave she doesn't sound shrill. The voice soars into the stratosphere. This Marie/Marietta is so extreme, yet so warm, that she seems like something from another world, which she is, to Paul. For a change, the "dream sequence" premise feels completely convincing.  Her Glück, das mir verblieb is as good as Lotte Lehmann (if possible). No-one else comes remotely near.

Karl Friedrich (1905-81) also has little difficulty with the tessitura but sound emotionally engaged. Richard Tauber was more beautiful, but he wasn't singing the whole opera when he recorded his excerpts. Friedrich keeps the intensity up throughout. Indeed, it's because he's so intense that he creates Paul as a complex personality, trapped in in toxic impasse. One feels his frustration, and the wildness of the alternative Marietta presents. 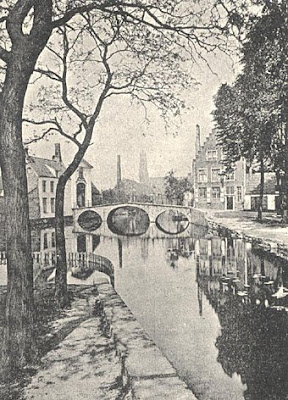 Orchestrally, this recording is hard to fault. Exquisite richness, lushness tinged with intense feeling. The delicate traceries which might evoke water, or shimmering reflections are magical. Bruges feels like an unspoken presence in this recording, and not just in the obvious moments like the bells: but as a spirit, at once hypnotic and suffocating.  There's nothing retrogressive about this music as it connects to the soundworld of its period,  and the emotional pathology that fascinated people at the time.  Korngold was very young when he wrote Die tote Stadt,  but the music already sounds like the mature Korngold, but with a psychological complexity beyond his years. Especially in this recording, you can imagine Schreker and Berg, still, in 1952, part of the living memory of performers and audiences. For an early postwar recording, sound quality is extremely clear, much more alive than Leinsdorf. Radio broadcasts like this were often done live. Certainly this has the immediacy of something happening in real time.

Then there's interpretation. Is this possibly a psychological portrait of the composer and his dominant father. or can it be heard as a statement of a rapidly changing society and its effects on music?  Perhaps the Korngold family's friends were onto something when they suggested the subject. Julius Korngold didn't give up control easily, and wrote the libretto, his presence, like the portrait of Marie, bearing down on his teenaged son. Erich Korngold acknowledges the glorious past, even as far back as Meyerbeer, but with special regard for the music of his father's era. Nonetheless, like Paul, he seems to know that survival means heading for uncharted territory. Already in Die tote Stadt, we can hear a foretaste of how he would make his name. Film was the avant garde art form of the 20th century, and Erich Korngold embraced it almost from the start. And in doing so, he helped create a completely new genre in music. Like Paul, Erich Korngold did move forward.

Thanks very much for alerting us to this. It's a magnificent performance.