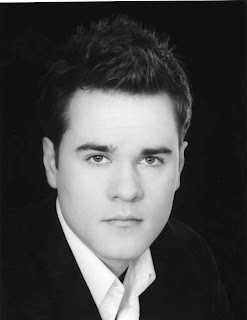 Those who regularly read this site will know how much I care about young singers. Making a career as a singer is incredibly difficult. Talent is only one factor: even extremely good singers need lucky breaks to make an impact. Not everyone good gets credit (and sometimes those who get credit aren't the best). So a singer must be truly dedicated. It's a vocation, not a job.

Proms 2 Die Meistersinger von Nürnberg brought two outstanding young singers to the fore: Andrew Tortise (David)  and David Stout. (the Night Watchman). Listen to the broadcast, online on demand until Saturday, and read HERE.  There 's more to writing about music than marking tick boxes. Remember, Beckmesser is a fool! Obviously in performance, you have to consider the whole, but it's good to think about singers as people.

Andrew Tortise (Trinity 2002) is young but very experienced. He sings Squeak on the LSO recording of Billy Budd (conducted by Daniel Harding). Hearing it live, I was impressed by how well he characterized the role, acting with his voice and body language even though it was a concert performance. He's also sung Novice for Nederlandse Opera. Who knows, one day he might sing Captain Vere. Tortise is interesting because he's got strong character singing skills. Impressive repertoire, too. Read more about him on his agent's website. 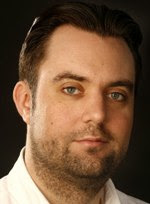 All eyes were on on Terfel, but sharp ears on David Soar, standing up with the choir, singing Der Nachtwächter. Exceptionally beautiful voice, magisterial timbre and rich with feeling - Sensucht perhaps?

For the Night Watchman isn't just the man who sends the townsfolk to bed but the guardian of their souls at night. Long ago I was lucky to meet a baritone who sang the Night Watchman at Bayreuth. He told me how the part works as a borderline between consciousness and instinct. The Meistersingers represent the superego, the"riot" in the town, wilder forces of nature. Ostensibly, the Night Watchman is calling the town to order, but it doesn't mean he will be obeyed.

Read more about David Soar HERE (Askonas Holt) Soar studied organ and singing at RAM and had extensive experience in choral singing as well as in other genres before joining the Welsh National Opera chorus and National Opera Scheme. At WNO, he's taken on many roles, including Escamillo, Ferrando and Sparafucile. In August 2010 he's singing Le Duc in Romeo and Juliette at the Salzburg Festival. I'd had an inkling I'd heard that voice, but couldn't place it. Now I remember ! He was one of the Workmen in Wozzeck (Salonen) at the South Bank in October 2009 ! The rest of the cast, including Keenlyside, were immaculately garbed, and sang in the same elegant manner - Soar and Leigh Melrose stood out because they were in grubby overalls, scrapping and singing in true character. 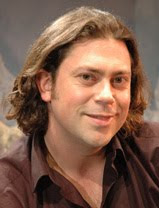 David Stout (also a bass/baritone) was just a name to me before he sang Nachtigall. He sang at the Oxford Lieder Festival a few years back. The OLF is immensely important. It's made a huge difference to song in this country. I'm proud to support it, because it's a noble cause, and extremely well managed.

Read more about David Stout  HERE.  Watch out for him as Manz in A Village Romeo and Juliet for ROH, Papageno, Falke and Ping at WNO. Please also see  a piece on the wonderful Royal Opera House Jette Parker Young Artists Scheme HERE.
at July 19, 2010

I can remember John Tomlinson as the Nightwatchman and look what became of him.

Ace ! Tomlinson is defintely a singer with a brain.

You mention David Stout in your post but the role of the Nightwatchman was sung by David Soar; David Stout sang Nachtigall (one of the Meistersinger) Both were superb in this performance - it is a shame you were unable to differentiate between them when writing your blog.

Just misreading the names. I'll do a special on David Soar too !