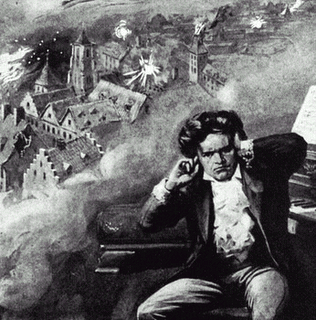 Four days in a row of thrilling Proms, so I guess we can't complain if the pace somewhat flagged for Prom 5, Semyon Bychkov conducting WDR Symphony Orchestra from Cologne.

In comparison to Elijah Moshinsky's directoral style, any  musical performance would sound animated. I didn't make it to last year's Lohengrin, which Bychkov conducted, but on the basis of this Prom Prelude, maybe it was just as well. WDR Symphony can be very good, but they're a radio orchestra, rather than an opera orchestra, so perhaps that's a difference. It was pleasant in a tulle and white satin way. Perhaps it's the swan boat rising through light. But in this performance it was better not to think of the pagan death drama to follow.

More disappointing was the Mendelssohn Violin Concerto, Vivian Hagner as soloist. It's one of the most lyrical pieces in the whole repertoire, but you wouldn't know if this was the first time you'd heard it. It really needs exceptional rather than competent performance, especially in something as high profile as the Proms.

Semyon Bychkov says he loves Gunther Schuller's Where the World Ends. So one wonders how much worse this piece might sound with a conductor who doesn't. Schuller wrote the piece in only a few weeks, which in itself is no big deal, because sometimes composers are inspired and turn out pieces that have a life of their own. Here though, it's as if the music's churned out to order, hitting the buttons without starting the mechanism. A bit of jazz, a bit of Stravinsky, big and busy, self consciously clever. Sound and fury signifies nothing, as Shakespeare said, even though they strut and fret.

Bychkov redeemed himself somewhat with Richard Strauss's Eine Alpensinfonie. After hearing Tchaikovsky's Manfred (Prom 4 Petrenko, RLPO), you're attuned to a more demonic, metaphysical image of the Alps, which Strauss certainly understood. Again, this was an attractive performance, perfectly pleasant, but civilized. As Edward Seckerson says "It was a little like experiencing the DVD rather than the big screen theatre presentation."

Listen to Petrenko again HERE which continues to impress the more you hear it. Definitely an equal to the Big Three blockbusters that started this year's season.

All of the Beethoven Prom 6  was much more fun. The Spanish beat the Dutch in 1568, which inspired Goethe, Beethoven and the independence of the Netherlands. Puts football into perspective. I enjoyed all the performances. Paul Lewis, Bělohlávek and the BBCSO have such good rapport.
at July 21, 2010

Email ThisBlogThis!Share to TwitterShare to FacebookShare to Pinterest
Labels: Proms 2010