A jonquil, not a Grecian lad : George Butterworth Roderick Williams 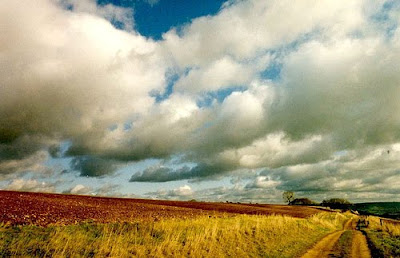 Lad, is the finest ever. It's a landmark, even by his high standards.

It's no secret that I've adored Williams for years, not all that long after he was still appearing with a map of Africa  shaved into his hair. Now he's easily the most important exponent of English Song. Hyperbole, perhaps, but Williams really is special, and one of the greatest specialists in English music. (hear him at 3 choirs).

English song has suffered from extra-musical affectation, smothered by "cowpat". Hence fake bucolic pretentiousness, fey preciousness, ghettoizing the genre. But the best of English song is so good it doesn't need stylistic coating. Roderick Williams's approach is direct, unfussy, revealing the true artistic merits of what he sings. 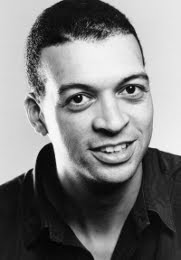 George Butterworth is one of my great passions, (please see other posts on this site including THIS.) . I've heard many performances, but  this new CD includes  the finest version of Songs From a Shropshire Lad I have ever heard. Listen to the clarity. and vividness. It feels like you're in a one to one conversation. Because Williams's style is unmannered, there are no barriers, it's personal. And what a voice - naturally warm, very secure in the middle register which Butterworth favours.

"A jonquil not a Grecian lad". Often the third song in Butterworth's cycle is overshadowed by more popular songs like The Lads in Their Hundreds, but Williams understand that it isn't necessarily the big, "public" moments that make the cycle, but  the elusive intimacy.

Look not in my Eyes refers to Narcissus who was so beautiful everyone lusted for him. But his purity was preserved when the Gods turned him into a delicate flower. Butterworth sets the poem with curving sensuousness, but it's the purity that really counts. Williams emphasizes the word "jonquil" simply by respecting the microseconds of silence that set the word apart from the rest of the sentence, colouring the word itself with a reverent sense of wonder. An amazing moment.

Grecian lads die or are corrupted, but flowers bloom again each Spring. AE Housman didn't actually spend much time in Shropshire, and Butterworth was a terse, repressed  Londoner for whom the idea of unspoiled nature meant more than reality. Don't be seduced by verdant trappings. These songs are about a lot more than the countryside. Roderick Williams and his pianist Ian Burnside access the deeper levels in these songs, revealing their true beauty.

Williams doesn't make the opening arc in Loveliest of Trees dominate,  but shows how the arc repeats throughout: "wearing white...for Eastertide". Purity is of the essence. Too much heat makes blossoms wilt before their time.  Williams breathes gently into words, just enough warmth to bring out their fragrance.

The flowers are beautiful, but they're also a metaphor for the passing of time, which hangs over the whole cycle. The lads in their hundreds are partying, but soon will die, as Butterworth did, aged only 30, in battle. The dead farmer talks to his friend who has already taken up with the dead man's girlfriend. When I was one and twenty is a play on youth and age. The poet talks like he's old, but only a year has gone by.

Time hangs heavily too on Butterworth's Bredon Hill and Other Songs from a Shropshire Lad.  Butterworth's setting  seems more straightforward than Ralph Vaughan Williams's, but Butterworth's exists only as piano song, without the extra instrumentation that makes RVW's versions soar.  RVW created his cycle after his musical breakthrough, working with Ravel. Butterworth, thirteen years younger, never had the chance. 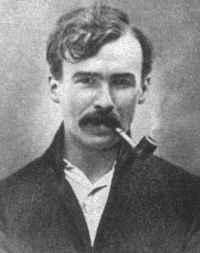 Williams and Burnside make a case for Butterworth's cycle. Listen to When the Lad for Longing sighs. Butterworth's minor key is so eerie that it wavers almost towards the pentatonic. Then, On the Idle Hill of Summer, the main phrase curving up and down. The song operates on several levels. Languid summer on the surface, but undercut by images of war and death.  "East and west on fields forgotten, bleach the bones of comrades slain". It's not a dreamy day in the Cotswolds.

Williams shapes the odd, unsettling phrase archly, so the curves are almost sinister. Butterworth was fascinated by the potential in this piece, creating the orchestral miniature that's so well known.  He didn't know that he'd end up dead on the Somme, but we do. Williams sing with poignant dignity.

More rarities - the second recording of Folk Songs from Sussex and the little known Requiescat.  The pioneer recording, by Mark Stone, was made in November 2009. It must have spurred Naxos into action, as Williams's recording was made in  January 2010. Stone is good and deserves credit. In any case, Butterworth fans need both recordings, as Stone's includes rare video footage.  Besides, Stone's own label is independent and worth supporting (read about another very good recording on the label  HERE)  Needless to say, Naxos's sleeve notes are useless and misleading, while Stone's are very good indeed. If I praise Roderick Williams, that doesn't diminish Mark Stone, Williams is just unbeatable in this genre, by anyone..

Nonetheless, Roderick Williams is infinitely more experienced, and his insight is unsurpassed. The Sussex Songs are simple, but Williams gives them such character that you wonder why they've remained unrecorded for so long (they've been sitting in the archives for years, and have been published by Stainer and Bell).

Folk songs these are but Butterworth isn't "folksy". Williams' s singing is crisp, energetic, direct, matching the jaunty rhythms. Seventeen Come Sunday has complicated nonsense phrases which Williams enunciates nimbly. He even manages to mimic the old Sussex rural accent when it helps colour the songs. The flirtatious girl, who salaciously sings "Roving in the dew makes the milkmaids fair". In Tarry Trousers, Williams sings both mother and daughter! The accents aren't overdone. Williams sings the pompous young man in Yonder stands a lovely creature, then the girl's biting putdown: simple, crisp semi-staccato. These songs came from Sussex, but the people they depict could be anywhere, even today.  Unbelievably good sound quality, too - the slight echo in Requiescat may or may not have been deliberate, but it's suitably spooky.