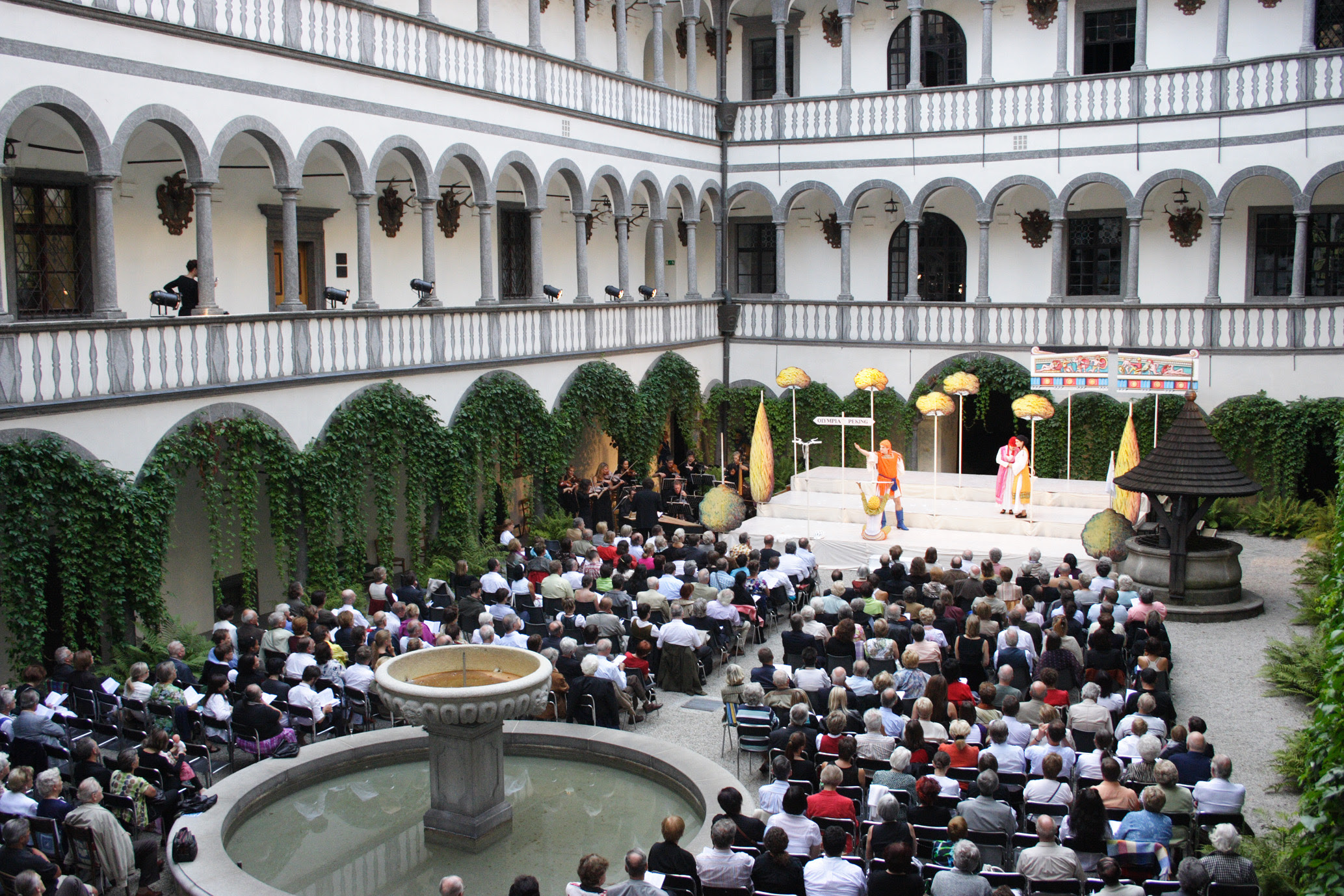 Vivaldi's 1734 opera L'Olimpiade seems to be multipying everywhere. Last week, there was a  concert performance at St John's Smith Square. Starting this weekend, there'll be a fully staged, high profile production at Garsington Opera at Wormlsey, and soon there'll be another staging at the Buxton Festival.  The photo shows a staging  at Schloss Greinberg during the Donaufestwochen in 2008  Very minimalist.

The opera isn't about the Olympics so much as about cheating!  The hero  uses a fake ID to win, but the prize is his friend's girlfriend. Dishonesty, deception, suicide, attempted murder. Sure beats drug scams. The original play, by Torquato Tasso, was so popular that it inspired over 60 composers - including Beethoven - to write operas and shorter pieces about it.

Prepare by listening to The Venice Baroque Orchestra, whose L'Olimpiade pastiche took place last night at the Queen Elizabeth Hall. Review HERE on Opera Today. But listen for yourself, as it's online on BBC Radio 3 for 7 days HERE. This version uses extracts from 16 different composers and works surprisngly well, because the pieces are so well chosen. Indeed, the difference is styles adds piquancy You can hear why pastiches like these were so popular once, they have charm. Vivacious singing, and delightful playing, conducted by Andrea Marcon.
at May 29, 2012