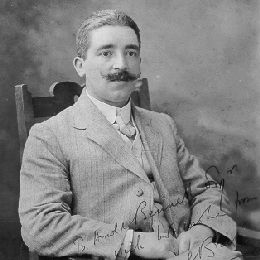 Wonderful idea ! EXCLUSIVE crossword puzzle designed by John Grimshaw, Crosswords setter for The Times, and President of the Havergal Brian Society, in honour of the new Havergal Brian Songbook series from Stone Records. Access it here and have a go, it's great fun . Fairly easy answers, but deviously clever clues, the sign of a good crossword! Winner will get a choice of five CDs from the Stone Records catalogue, which is good and eclectic. Several of my friends were Havergal Brian devotees (including the late Bob Ziedler (died 2005), who was one of Amazon's top reviewers in the days when Amazon reviews were properly written).

So I learned my Brian from interesting people. Hence big respect, even though I didn't "get" the music as they did. The Havergal Brian Society's web page is a great resource because it's compiled as a labour of love. In itself, that says a lot about the Havergal Brian Brotherhood. Their enthusiasm inspires. You could become an instant Brian expert overnight by quoting from the site. But that misses the point, I think, because the appeal of Brian is far more esoteric.  I like quirky, unorthodox peoiple, so I like Brian and his devotees, the real ones that is. Yoiu can't fake originality!  Currently I am enjoying the first CD in Stone Records Complete Havergal Brian Songbook. link here,  I was a bit askance at first, having listened in mixed awe and horror to Brian's grand Gothic symphony at the Proms last year (read more here). But almost isntantly I was hooked. It's great listening. Some of the songs are good, some god-awful, but they're delivered with such aplomb that you're drawn into the spirit. That's why Havergal Brian appeals. It's delicious, in the grand British Eccentric tradition. If you like Gerald Hoffnung and dry British humour, you'll love this. I'll write more about the CD later as it's definitely recommended.

PS the pianist on the CD, Sholto Kynoch, is one of the best song pianists around. He's so good, he lifts Brian's style and makes it sing. Hear him with the Phoenix Piano Trio on May 13 at the Wigmore Hall.
at May 09, 2012