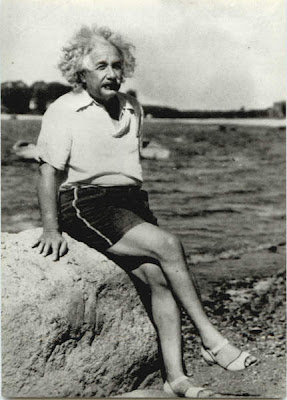 How does Philip Glass's Einstein on the Beach shape up, thirty-seven years after it premiered?  At the Barbican Theatre, London, we got a chance to hear how Glass and director Robert Wilson present it now. As theatre, it's stunning, even though the escalators didn't work at all and the cloud effects were less than remarkable. As music? It makes us realize just how far Glass has since progressed. Despite the glorious theatrics, Einstein on the Beach is  redolent of the 1970's.

Fantastic theatre, though  Pairs and parallels, symmetries and counter symmetries. The dance sequences show the patterns in the music in "pure" form, but the staging overall is very well thought out, expressing the musical logic. Breath taking visual effects. Beautifully luminous sets. Lots of tunes, too, which may have helped make  the piece (relatively) popular. The long saxophone riff, for example, and the fugue for electronic organ. The tunes serve as familiar landmarks in the amorphous confluences of Glass's music. Famously, he composed with a formal structure in mind, based on images Wilson suggested

But with too-frequent snatches of pop songs that weren't that good to start with, the whole is uncomfortably  close to quasi-musical. Perhaps once that was necessary, to dispel the idea that new music is difficult, and to establish the idea that Einstein was trendy, for a generation that listened to Carole King and  made Mr Bojangles top of the hit parade. Fortunately, the Barbican audience seemed too young to have memories associated with 70's hip values. One day maybe these songs will just be quaint curiosities. At present, they distract, adding layers of meaning which are interesting but distract from the figure of Einstein himself. Nowadays, Glass is writing with much more discipline. Witness In the Penal Colony, staged last year at the Linbury, where music and meaning are totally integrated. Read my review of the subsequent CD, which shows how Glass's oscillating cadences express the psychosis in the plot. 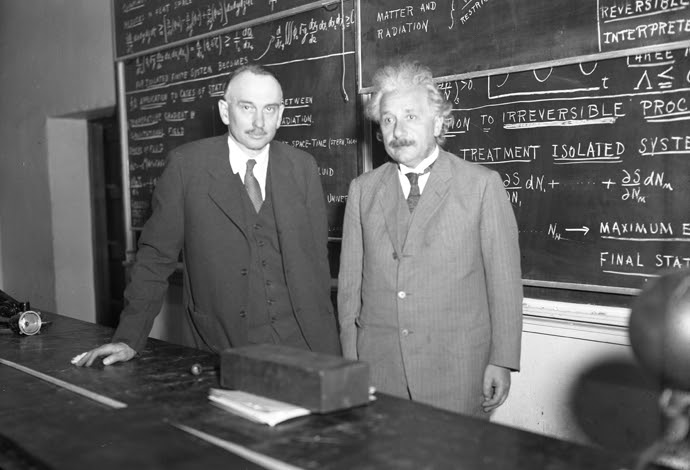 In Einstein on the Beach, the repetitions seem to exist for their own sake, continuing far too long after they have made their point. Perhaps Glass and Wilson are describing mathematical calculations, which can be mechanical. But at Einstein's level, mathematics is conceptual.. Mathematicians wax rhapsodic about the "elegance" of inspired proofs, not about mindless number crunching. As an "ideas" drama, Einstein on the Beach isn't especially coherent. Einstein appears marginally, sawing a violin, possibly listening to Bach. Several different references to writing on blackboards, including the striking image of a  figure in a redbrick tower, witha mechanical hand that moves up and down. But what matters isn't the blackboard but what the ideas represent. Einstein on the Beach isn't nearly as intellectually rigorous as Satyagraha where Mahatma Gandhi's radical ideas are treated seriously and understood. (read more here and here). Perhaps the pointillism of Glass's music suggests the infinity of the universe, but it doesn't deal with the implications of Einstein's theories. If "I feel the earth move" stands for the Atom Bomb, it's pretty shallow.

Arguably, Einstein on the Beach isn't about Einstein and his ideas so much as an experiment. The work flows like stream of consciousness, ideas glimpsed as if in a dream, their meaning obscure. This is good, because Wilson knows how visual images can mean many different things at the same time : it's up to the onlooker to process and interpret. Visual literacy is an undervalued skill, which many don't know even exists. The first few hours are thrilling exercises in reading images, almost too much to take in. But the piece takes itself too seriously, labouring almost identical scenes and sounds til they outstay their welcome. You can walk in and out and doze (which is useful because the images work well when your mind in in zen-like receptive mode). Better, though, to depend less on formal structure and more on inherent drama. Einstein on the Beach is important because it's a first step in Glass's evolution as dramatist. Listen to Glass's  more recent work, like In The Penal Colony (easier to cope audio-only than the brilliant, but distressing staging). Look forward to The Perfect American, Glass's latest character study, based loosely on Walt Disney, premiering also in the Barbican Theatre in June 2013, under the auspices of the ENO.  But get to the Barbican now and experience this amazing staging, with idiomatic performances.
at May 05, 2012