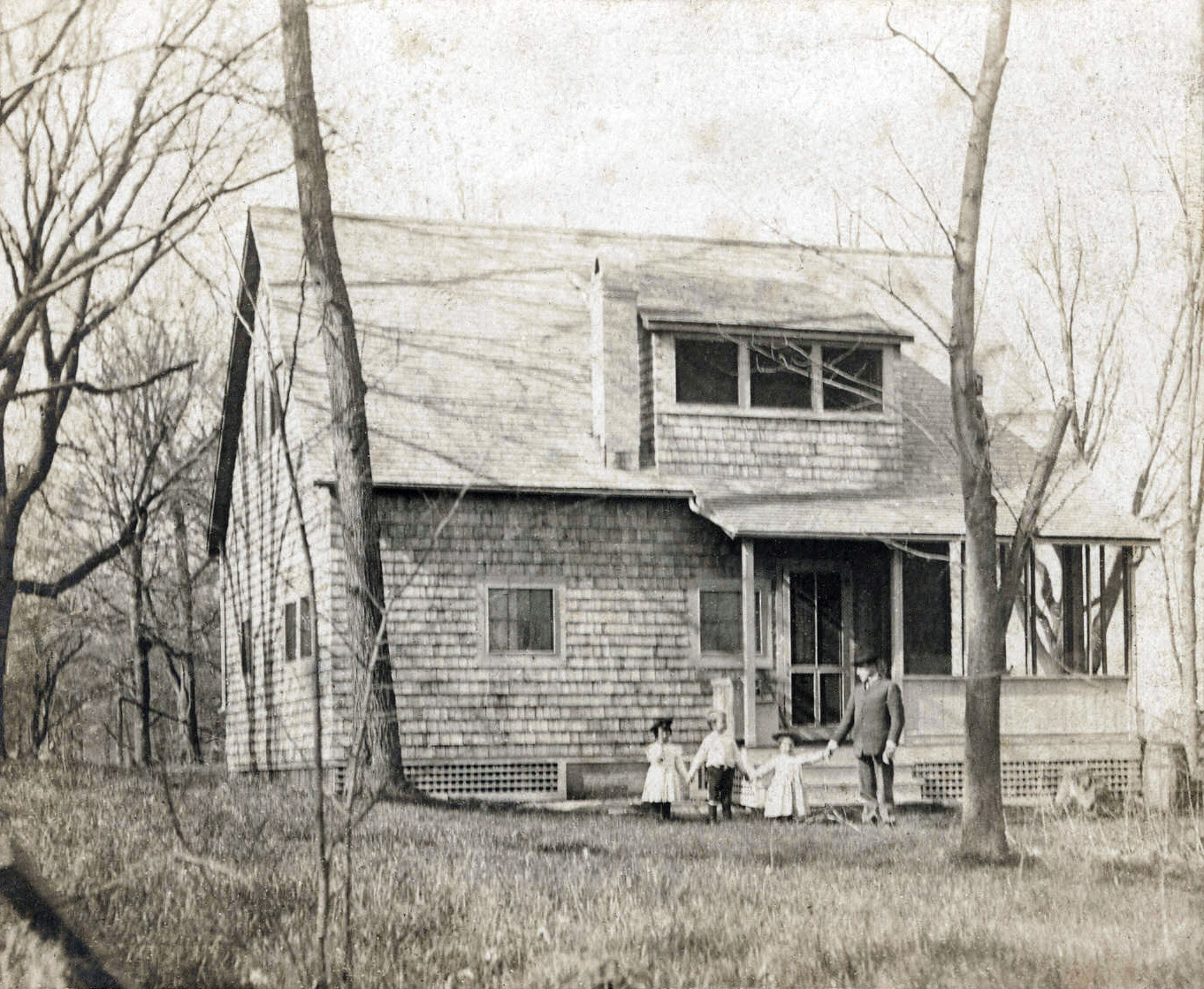 Ned Rorem's Our Town received its European premiere at the Guildhall School of Music and Drama, London, last night.  Rorem is a prolific composer of vocal music, but has rarely ventured into opera, so Our Town is quite a scoop for GSMD. Ironically, some of the leading Rorem specialists in this country were associated with the Royal College of Music.

Our Town is based on the play by Thornton Wilder (1938) which pits the artifice of theatre with the reality of live performance. A Stage Manager (Stuart Laing) stands on the GSMD Theatre platform, interacting with the stage hands. The opera has already started though we in the audience haven't realized yet, for The Stage Manager is an interface between us and the performers.. It's a good device for later, the dead Emily Webb (Sky Ingram) will  go back in time and relive a day in her childhood. She interacts with her parents, but also carries the knowledge of what will happen to them in the future. Parallel realities. It's so unsettling that she returns to take her place among the dead in the cemetery,who observe mourners come and go with dispassionate detachment.

But first, we see George Gibbs (Alexandros Tsilogiannis), playing with schoolmates and falling in love with the girl next door (Emily, aged 16). The Stage Manager tells us about this small town, with its churches, drug store and neat rows of houses, similar to the one in the photo, perhaps, which shows Thorton Wilder and his family in 1900.  It's "Normalcy", as Warren Harding described America of this period., though even then, it was an idealization. It's so bland that the dramatic pace of the first act drags, unless you're familiar with the cultural context.  In the second and third acts, the narrative takes leave of convention and becomes far more involving.  But this orderliness is just a foil for the metaphysical goings-on. Although nostalgia is integral to the plot, Wilder insisted on absolute non-realism. Thus the stage at the Guildhall is almost bare. Performers mime activities. Stage hands run in and out .They're performers too, part of the strange blend of theatrical illusion and reality.

Like most of Rorem's music, the vocal lines are almost conversational, the orchestra (conductor: Clive Timms) providing atmosphere. Nice keyboard, adding a "period", drawing room feel. Singers don't get to sing much, since it wouldn't be right in this conformist society where there is "No culture" as Mr Webb the newspaperman (Ashley Riches) tells a questioner planted in the audience.  All they do is sing hymns. Towards the very end, though, the Stage Manager gets to sing gloriously long lines, so protacted that you start counting the bars. The whole opera pivots around Emily and George, but the closest Sky Ingram gets to elaborate singing is when she realizes she can never go back among the living. While they were "alive", the performers had to act. When they're "dead" they can sing properly again.  Short but excellent moments from Mrs Soames (Anna Starushkevych), Mrs Gibbs (Kathryn McAdam), and the Choirmaster Simon Stimson (Jorge Navarro-Colorado). Barnaby Rea  was Dr Gibbs and Emily Blanch was Mrs Webb, who don't die and sing as much.

Rorem's Our Town is good for students as it teaches singers how to act without relying solely on vocal technique. Actors can learn how music changes the way theatre works. Since large numbers of students can participate, everyone has something to do. Even skills like moving as an individual in a group are useful. One good example is when the alcoholic Choirmaster throws up in the choirstalls. Obviously there's no real vomit, he doesn't really throw up, but the actor closest  to the mess reacts, screwing up his nose at the smell, wiping his hands on the bench, after the action has moved back to the front of the stage. Most of the audience wouldn't notice, but this was very good acting indeed, completely natural. The Guildhall School of Music and Drama teaches theatre and music skills, but these are just as useful in other professions. If an actor can be so dedicated that he keeps in character even when no-one is watching (except me), he can be dedicated in any kind of work he does. Not everyone who graduates from GSMD ends up like Bryn Terfel, but many learn things that will serve them well whatever careers they choose.

--------------------
Lots more on Rorem on this site. If the idea of Rorem's Our Town appeals, you might like Laci Boldemann's 4 Epitaphs, These  are based on Edgar Lee Masters' Spoon River Anthology (1915). Masters writes fictional epitaphs, each of which tells the story of the person supposedly buried beneath. Ollie McGee denounces her abusive husband. "In death, I am avenged". Sarah Brown tells her lover to tell her husband "There is no marriage in Heaven. But there is love".....Laci Boldemann (1921-69) gets straight to the point, expressing the "person" by inflections in phrasing and syntax, rather than through ornamentation. The songs feel like speech, just as you'd expect from gritty pioneer folk who don't mince words. Anne Sofie von Otter recorded them in 2009 - cult favourites!  Read more here.
at May 30, 2012