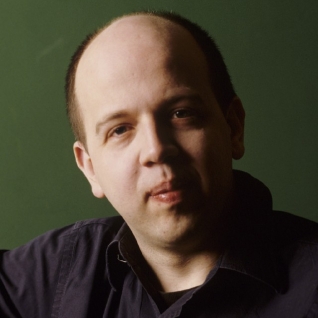 It's Huw Watkins's big year ! This summer sees the World Premiere of his opera, In the Locked Room by Music Theatre Wales/Scottish Opera at the Edinburgh International Festival. It will also will be on in London at the Linbury ROH from 27/9. As they say on the Edinburgh site,  "A closed door sparks an obsession so strong that the boundaries between reality and fantasy begin to blur. A modern day bar where three people who are trying to escape their past collide, uncovering a terrible secret and unleashing inevitable tragedy."

Watkins is also doing a new work for the Schubert Ensemble at the Spitalfields Festival aand in September 2012 be begins a two-year appointment as Composer-in-the-House for the Orchestra of the Swan at Stratford-upon-Avon.


In June, the flagship for British composers, NMC records, is issuing a disc featuring Watkins and his brother Paul, the cellist and conductor. The centrepiece is In my craft or sullen art from which the album takes its name.  It is a setting for tenor and string quartet of Dylan Thomas’s defiant poem and was commissioned by Sir Nicholas Goodison and premiered by tenor Mark Padmore – also the tenor soloist on this album.
at May 02, 2012