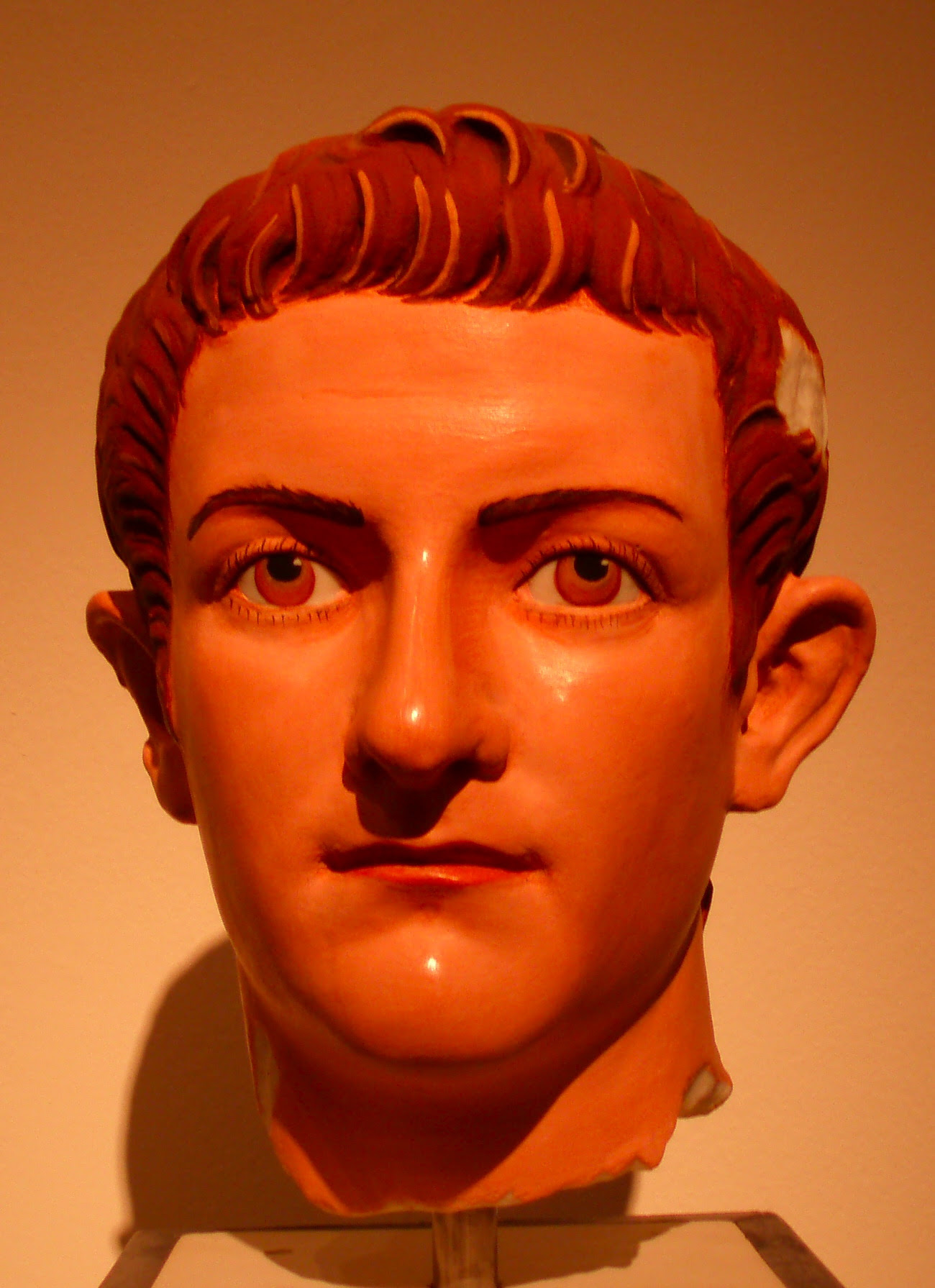 Detlev Glanert's Caligula starts at the ENO Friday. Panic stations?  Just because something is German and modern doesn't mean it's scary. Glanert's music is perfectly accessible. In fact, he's been featured at the BBC Proms, hardly a bastion of danger, no less than eight times starting with his Third Symphony in 1996. Indeed we've heard something of Caligula beforer, since Glanert's Theatrium Bestiarum, featured at the Proms in 2005.

At the time, the Guardian said that it "shares some basic material with Glanert’s opera-in-progress, based on Albert Camus’s play Caligula. Yet it’s not a study for the stage work, rather a kind of anatomical dissection of ‘man as beast… a glimpse into the inner soul of a monster as human beings can become'... . The mood of the piece is uneasy, closer to that of Ravel’s La Valse than anything else". At the time, I wrote "It's  irrepressibly vibrant and uplifting, more a heady circus than a freak show of horrors. “Music is theatre”, says Glanert, “imaginative, not realistic”. Indeed, strange figures seem to scuttle across the music, odd sounds burst forth from the oboes and strings, as if they were the tails of creatures flitting past so quickly you can't catch sight of them. This is amazingly visual music, bursting with colour and brio. It's great Proms stuff too because it uses oddities like the contrabassoon and five percussionists, no less. There are passages of wistful “Nachtmusik” and a burlesque march to boot.". So when Caligula comes to the ENO it could be quite dashing !.

Glanert was one of Hans Werner Henze's few students, so he has a pretty good idea of how music theatre works. When they first met, Henze shot out the question, "Who are you writing for, and why?" Since then, he's never forgotten. It keeps him focussed, since opera is about communication.

Caligula is something of a hit, having been revived several times since its 2006 premiere. I heard it in Frankfurt in 2009. (read more here). Glanert's trying to imagine who Caligula was, beneath the psycho monster image historical sources described. This is a study of how absolute power corrupts, destroying even the tyrant himself. So don't expect gory sensationalism for its own sake, but something more complex. It’s based on the play by Albert Camus. Caligula’s raving mad, but there’s a crazy, warped logic behind him. “I’ll never be alone”, he says, “the ghosts of those I’ve killed are around me”. Einsamkeit, Einsamkeit, he wails in self-justification. Eventually, everyone seems caught up in delusion. Glanert's music scales seven octaves, mirroring the extremes of Caligula’s personality, yet they don’t sound forced or strained.

Vocally, the writing is sophisticated. Caligula’s baritone contrasts with the countertenor of his slave, Helicon. Significantly, when Caligula in his madness decides to take on the persona of Venus and marry the moon, he sings falsetto, an attempt to mimic Helicon and also, perhaps the women he's hurt and been hurt by. Caligula may behave monstrously but he’s not a monster. Life itself is absurd, so Caligula’s way of making sense of things isn’t, of itself, immoral. He’s a creature of instinct albeit a warped one. So Glanert is careful to make the role sympathetic. Four poets appear, singing sentimental doggerel, their music is ghastly. When Caligula has them killed, we agree. There's humour here and surprisng tenderness. (The photo is a marble bust of Caligula, restored with the right pigments used when it was originally painted. Such a pretty lad, who died aged 29 - doesn't look like a monster)

I disliked the Frankfurt production, so it's a good thing that the ENO will be doing something completely new. The director this time is Benedict Andrews whose Monteverdi Return of Ulysses in 2011 was greatly admired by many. (read my review here). Will Andrews bring classy cinematic values to this opera? Like Ulysses, Caligula is set in antiquity but the subject is all too modern for comfort. As Glanert says, these things have happened in our time. Lots more on Glanert on this site, too. Enjoy the TWO trailers below.
;
at May 23, 2012