NEW Proms booking plan - tips to get what you want 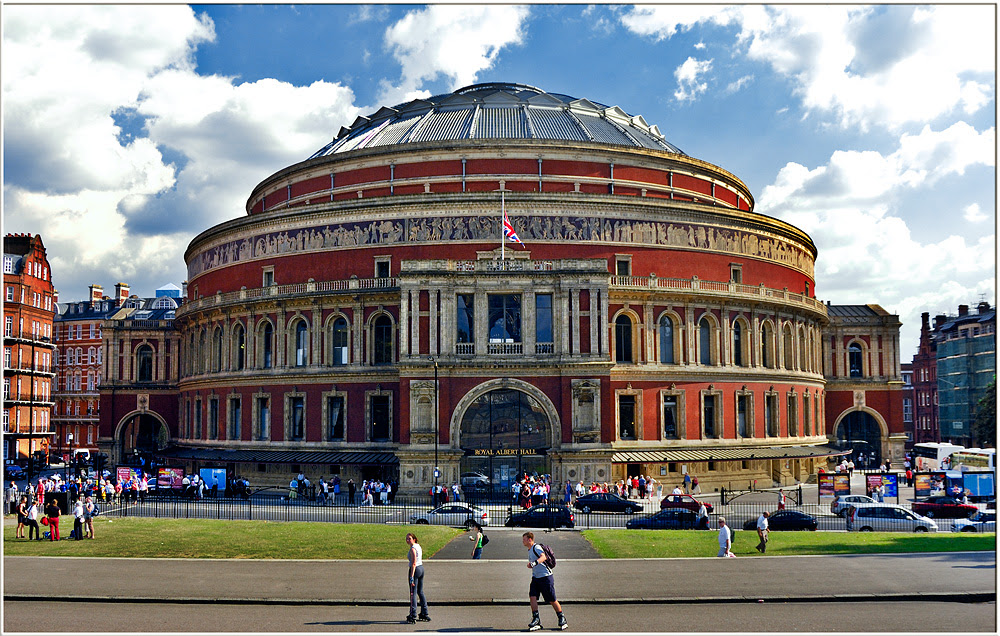 Booking starts tomorrow for the 2012 BBC Proms. The secret to getting what you want is to have a list beforehand. This year there's a new "Proms Plan" you can do in advance so the minute sales start at 9 am you're ready to go. Instructions here. Hopefuly it will speed things up as you won't have to key choices in one by one. Some things sell fast (though closer to date more seats get released). Others don't, so you can wait and get the seat of your choice. Refunds are tricky, so don't overbook. Lots of deals, like all-season Proms passes that get you into nearly everything standing room, and new Weekend passes for those who can't commit to the full season. There's a 2% booking fee, but it's capped at £10 per booking. So if you're buying 10 or more Proms at once, which many do, you're still be paying £10. Given the scale of the  enterprise it's niggardly to quibble. This is the Biggest Music Festival In The World, funded by taxpayers. (Photo Panos Asproulis - it's very well shot!)

The obvious big sellers will be the Barenboim Beethoven symphonies with the West-Eastern Divan Orchestra. Note, security for these will be extreme since protestors disrupted the IPO Prom last year. Totally counterproductive, but boosted circulation in some parts of the media. Since these Proms coincide with the Olympics, there'll be traffic mayhem as well. Isn't it ironic that the "Cultural Olympiade" claims credit for every big cultural event this summer, from the Proms to Les Troyens and much else. As if these events wouldn't have happened anyway? But the gullible will believe.

Top of my list will be Debussy Pelléas et Mélisande on  Sunday 15th. I might do Handel Judas Maccabeus  but book later on.  Since I'm going to the ROH Berlioz Les Troyens anyway, I might go to the Proms version to see how it translates to semi-staging. Definitely 26/7 late night Boulez! And Schoenberg Gurrelieder on August 12, even though it coincides with the last night of the Olympics. Not a good time to be in London.

I'm also booking early for Rattle and the Berliner Philharmoniker's second concert (Lutoslawski) but might book for the first concert (Ligeti et al). Definitely both Leipzig Gewandhaus Orchestra concerts with Chailly. No way am I missing either the Mendelssohn concert or Messiaen/Mahler (probably the best choice for Mahler this year). That's the gist of my first-round bookings. Usually I do a second round of bookings in the next few weeks, and a third round too. Extra booking fee, but so what? Almost certainly Elgar The Apostles, The Glyndebourne Marriage of Figaro, the London Sinfonietta Prom, and Knussen. New music Proms can usually be picked up late though there might be a rush for the John Cage Celebration, likely to be an "experience".

And of course, every Prom is broadcast online and internationally, and lots on TV. One thing for certain, The Olympics has dampened my enthusiasm, so I'm going to a lot less than usual, but won't miss out. Please read my summaries of the BBC Proms 2012 schedule for July HERE and for August-September HERE.
Got in 915, completed 1044, got all we wanted. Obviously you can do other things while you wait. Last year completed 1020. Not a good idea to login before start time as back to the end of queue, so best to wait a little longer. As it happened, I miscalculated on booking fee and ended up paying over £10. OTOH, when you can get a standard £1.75 fee on transactions as little as £12 elsewhere,  I did OK. Given that there are 80+ Proms and thousands logging in at the same time, it's a miracle the system works at all.