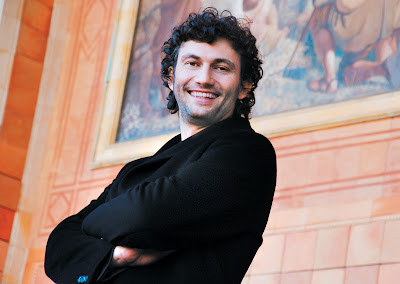 Major,in depth interview wiuth Jonas Kaufmann by Marie d'Obigny in the New York Review of Books. "The Tenor takes the stage". Read it in full here.

How could Fidelio sing so well if he was dying of starvation?  "He’s not singing for real, he’s not shouting out loud. It’s his thoughts we hear. Then it’s convincing."

"When I say that I’m not happy with some of the modern productions I’m not saying I’m not happy with them because they are minimalist or lightly staged. No, it’s because they are too demanding...... And for the singer, you are given a chance to create things on a very small scale. You don’t need the big opera gestures because you have the attention of the audience. In a traditional production, like the stagings of the great Franco Zeffirelli, the problem is that you are fighting against the scenery, the costumes, and everything to be seen in this spectacular set. So there you need big gestures; everything has to be very large. Whereas, in a set where there are only two or three chairs and nothing else, everything goes down to the essence."