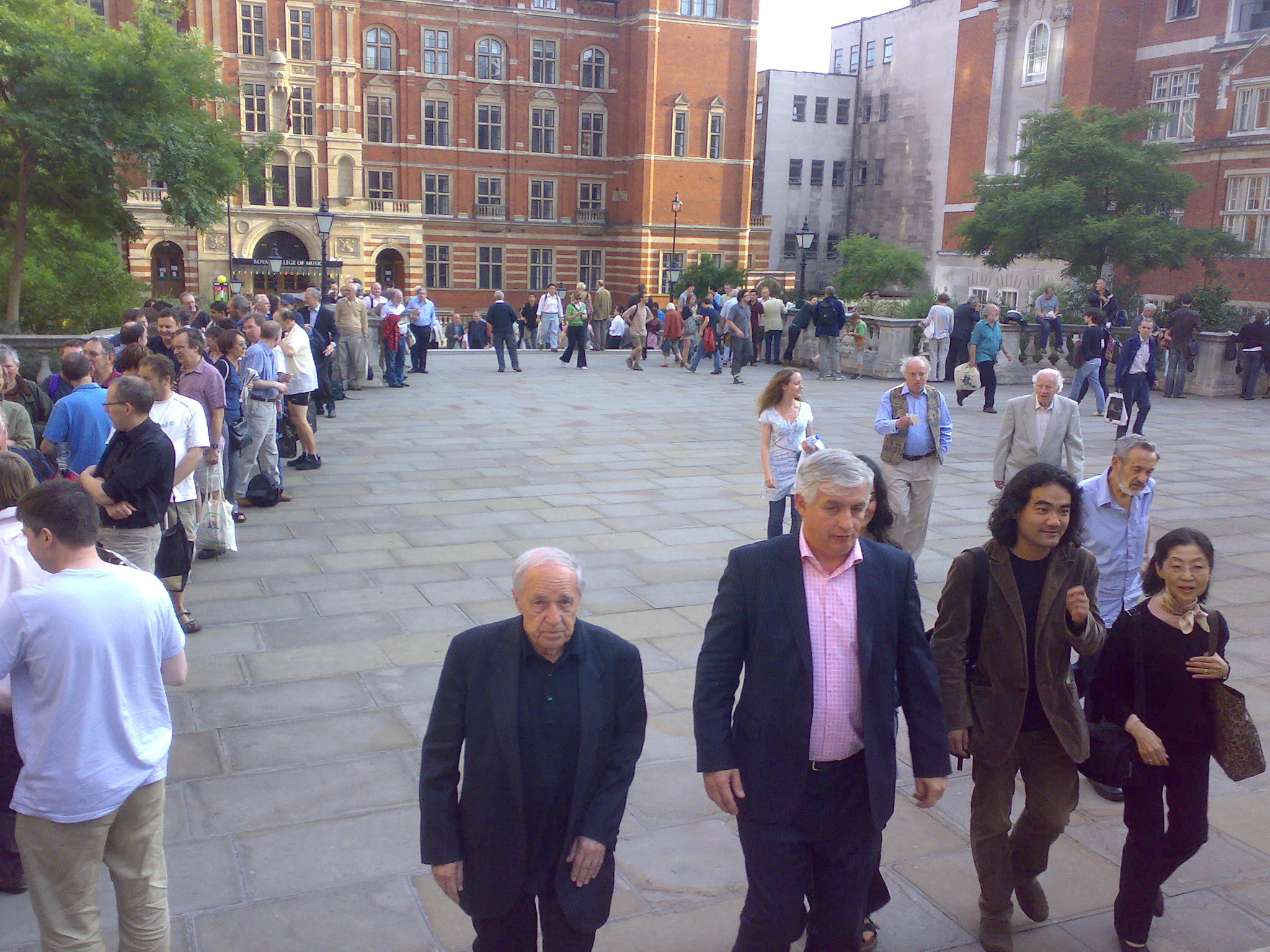 Daniel Barenboim and the West-Eastern Divan Orchestra continued their traverse of Beethoven and at the BBC Proms with Symphonies 3 and 4, but it was Boulez's Dialogue de l'ombre double that stole the show. Barenboim has done so much for music, as pianist and conductor. He's done so much for music as a medium for social change. And now he's brought Boulez to millions of listeners all over the world, dispelling silly notions that Boulez is too "difficult" or "too dangerous".

Boulez Dialogues de l'ombre double is breathtakingly sensuous and beautiful. Written for Luciano Berio's 60th birthday, it's a homage to friendship and heritage that operates on several different levels at once.  The  nonsense about "Boulez mellowing with age" is a cliché spouted by those who don't know or care. Boulez was radical,  so it was easy to demonize him. Besides, he was good, provoking so much jealousy that many were determined to ruin his reputation. Of course Boulez ruffled feathers. Creative people do. But what stands out is the warm regard in which he's held by those who know him. His relationship with Olivier Messaien was like father and son, all the richer because the son learned to stand on his own feet.

So listen to Boulez's Dialogue de L'ombre double without baggage and feel the emotional depth. Jussef Esia stood all alone in the vastness of the Royal Albert Hall, 6000 people in the darkness around him, whom he could not see.  But it's not one man and clarinet.  Tentative quirks  merging into long, searching chords. But faint echoes of another presence. The soloist listen and responds to elusive sounds, another clarinet recorded and projected from around the performance space.  That's the "dialogue", the double shadow. Boulez and Berio used technology to expand the palette, so the electronic sound is a reference to their work.  As clarinettist and phantom clarinet move around, perspectives change but the connection remains. The soloist leaps into flights of inventiveness, and his shadow spurs him on.  The soloist fades and ghost clarinet emits sounds that stretch so high and long it would be impossible for human performance.  Dialogue de L'ombre double is an intimate, sensitive piece, a true testament to creative ideals and to friendship.

So kaput to the notion that Boulez isn't emotional. And kaput to the idea that he rejects the past, because the piece references the past on many levels. It's based on a play by Paul Claudel, the Catholic mystic and surrealist whose work inspired many composers, like Walter Braunfels Die Verkündigung (read here) and Arthur Honegger's Jeanne d'Arc au Bûcher (read here). Connections to art and literature abound throughout Boulez's music. If "intellectual" is a term of derision these days, that's because the world has dumbed down so much that boorish redneck values rule.

It doesn't at all matter if Jussef Esia isn't as mindbendingly fluent as Alain Damiens. Indeed, I loved this performance because Esia was so clearly sincere and committed to expressing the meaning of the work. It's a tribute to him that he conveyed something very personal (even though a Proms debut like this must be terrifying).  He's 27 years old and plays in the orchestra at the Bayerischen Staatsopernorchester.  It is also a tribute to Daniel Barenboim for having faith in nurturing young musicians. And it aso shows his faith in the power of Boulez's music to reach out and touch people whatever the silly clichés about him might suggest.

The West-Eastern Divan Orchestra (known as the Divan to those aware of the origins of its name. It's not English) and Barenboim produced a wonderful, life-affirming Beethoven Symphony no 3 Eroica, and a good Beethoven Symphony no 4, but it's Esia's Boulez that will stay in my soul. Listen again on BBC Radio 3 and on TV (better, because it's sensitively filmed and you see closeups). Listen, too, to Boulez Rituel in memoriam Bruno Maderna, which Boulez wrote after the death of another friend and mentor, Bruno Maderna. That masterpiece was also written to incorporate performance space into music. It's a radical idea in terms of 19th century concert concepts, but as Boulez shows, it links to much earlier musical traditioins (read what I've written about it here) Please also see my mother posts on Boulez, (Le marteau sans maitre HERE)  Barenboim, and the Proms (I usually do around 40)
photo : David Underdown, Proms 2008