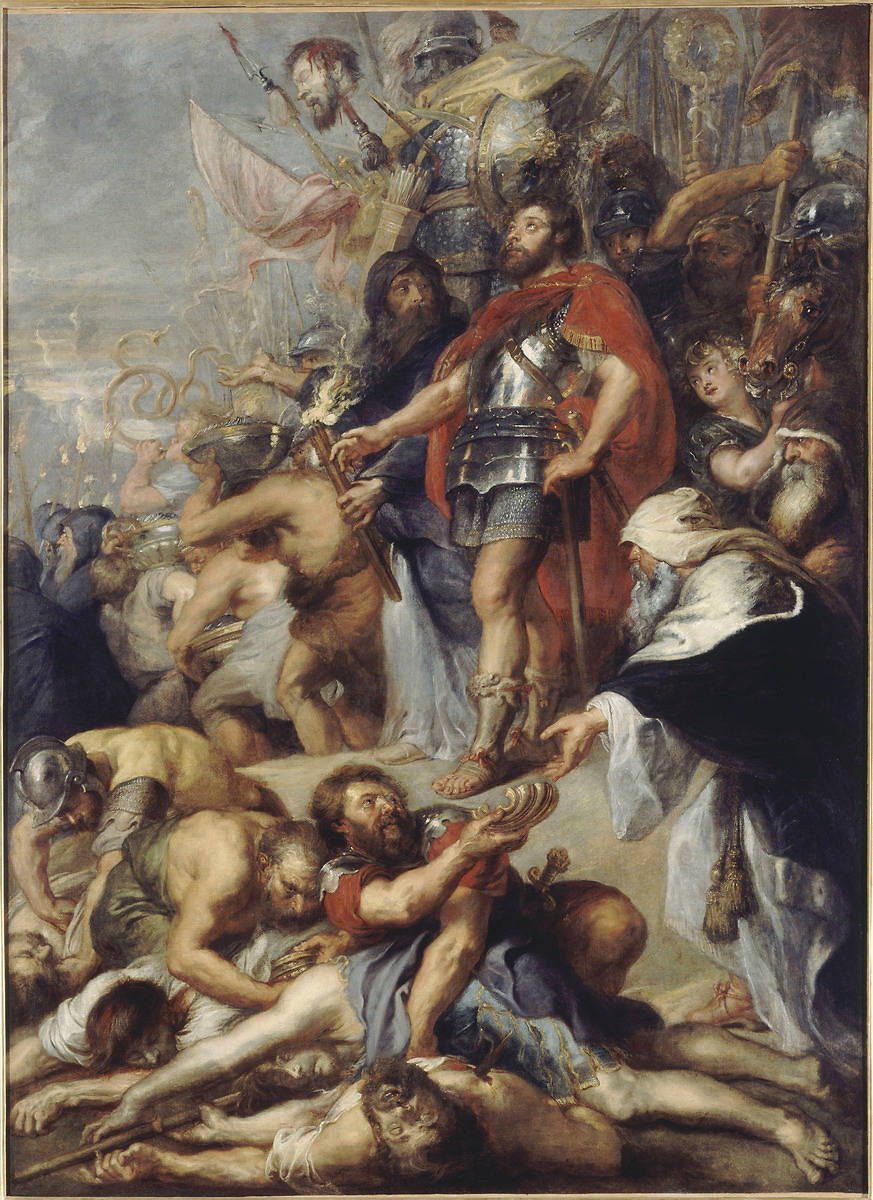 Huge expectations for Handel's Judas Maccabaeus Prom in that most dramatic of venues the Royal Albert Hall. Britain über alles?  Those who found Elgar's Coronation Ode at the First Night of the Proms hard to stomach should have been grateful. But for Handel and his contemporaries, knowing the Reformation, Civil War and hard won prosperity, Judas Maccabaeus reinforced the idea of progress. Victory and Liberty in Judas Maccabaeus was a rallying cry for a British national identity.

Triumphalism today is harder to take when we've seen what bullying nations can do. Can we really justify truly brutalist, bombastic performance after Iraq and much worse horrors of the last century? Particularly as the heroes who fight our battles come home to unemployment.

So I appreciated why Laurence Cummings and the Orchestra of the Age of Enlightenment  focussed on the music rather than the meaning behind the oratorio. Handel's extreme dynamics and fiery flourishes can be heard in the context of their time with period instruments. At times the valveless horns wailed balefully, but that wildness is part of the spirit of the piece. An 18th centurty orchestra imitating the instruments of Biblical times. Period playing gets a negative image because people think it's effete, but as the OAE have shown time and time again, it can be spontaneous, rambunctuous and (dare I say it) rather jolly.

Tim Mead stood out. He really did sound as if he'd flown in "on eagle wings from Capharsalama".  John Mark Ainsley, who has probably done more for Handel singing than anyone else in this generation, was a good, if rather domesticated Judas. Alastair Miles was more the freedom fighter Simon. Christine Rice and Rosemary Joshua both superb and expressive as the Israelitish Man and Woman. Nicely enthusiastic choruses.

It's worth listening to this Prom online, so you can catch the excellent interval programme. Ruth Smith, author of Handel's Oratorios and 18th century thought "To me it is suffused with grief and fear, with exhortations to pray for peace". In recent years the standard of BBC Proms programming has declined so badly it's usually agony when the music stops. It's that obsession with airhead celebrity which dumbs down culture everwhere. So make a special point of listening to the Twenty Minutes interval programme because it shows what intelligent commentary can be like.

Email ThisBlogThis!Share to TwitterShare to FacebookShare to Pinterest
Labels: BBC Proms 2012, Handel, Orchestra of the Age of Enlightenment