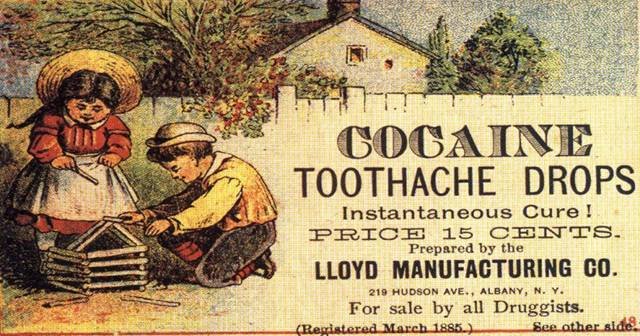 Why are chemists in the US called druggists ? Answer : they used to deal drugs. Going to the drugstore for an ice cream float might not be quite so innocent. Coca-Cola got it's name because one of the secret ingredients derived from the coca plant. Very early Coca-Cola ads sold the cocaine angle. "Heath Drink" that made you high. Above, an ad for cocaine candy. For kids. One way to hook an addictive market.