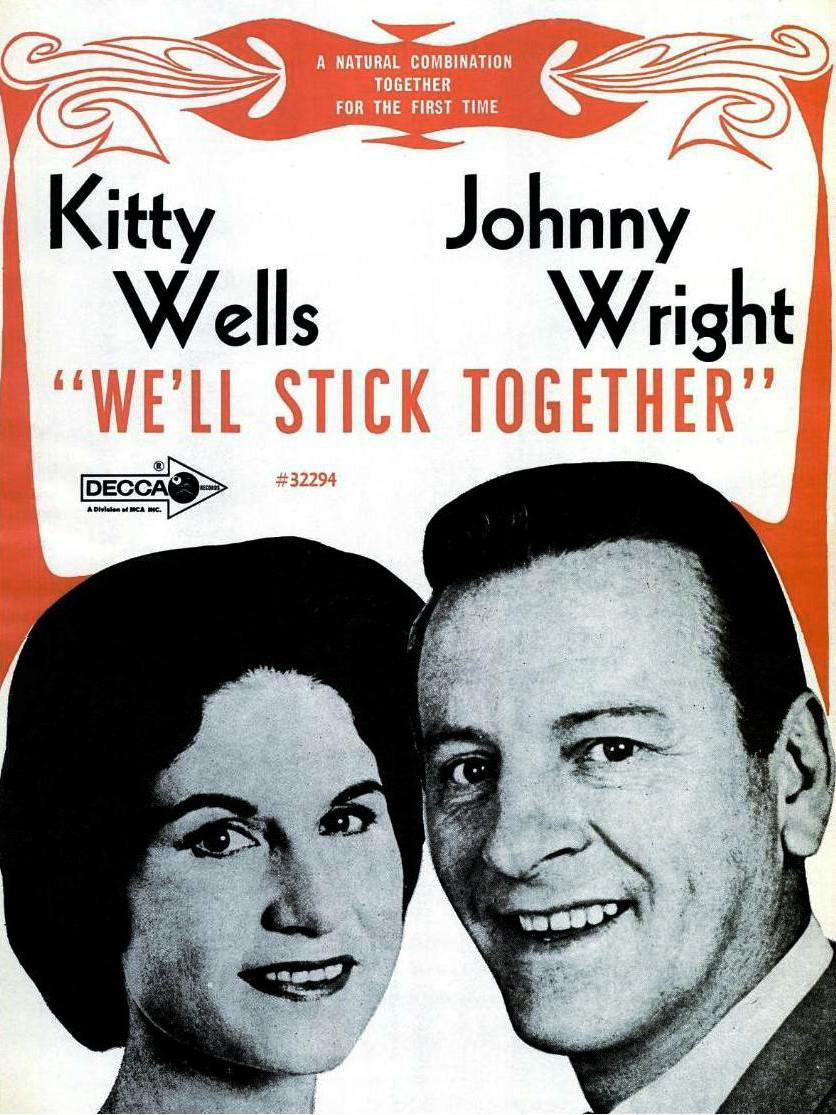 Kitty Wells is dead, aged 92. "Feminist Country Godmother to Britney Spears" runs an artiile in the Atlantic but that doesn't tell half the story, and the Britney Spears bit is demeaning.  Another article here in the Telegraph.

More than ten years before Betty Friedan and women's Lib, Kitty Wells was a pioneer when there weren't many roles for women in Country music, or indeed the whole social milieu of Country music, dominated as it was by Bible Belt patriarchy, which even men didn't know how to question. Alcoholism was the angst of the misfit in the Country scene. Kitty wasn't the first female Country or Cajun singer, but she was different from nice girls like the Carter family who knew their place. Kitty was happily married for 74 years, almost certainly not leftist. You bet she never burned her bra or flag. But she stood up to things. "Will your lawyer talk to God and plead your case on high?" "Making believe, you're somebody's love, never mine".. "Have I lost you to a woman half my age?" Without Kitty Wells, perhaps no Patsy Cline, Tammy Wynette or Dolly Parton. And thousands of nice girls in white cardigans and aprons started to think, why should we take things lying down?  Real change happens when the non-urban, non-intellectual proletariat are roused. Kitty Wells, with her Southern belle gentility, deserves a place in the Valhalla of modern womanhood.

Kitty became famous almost by accident, after recording a riposte to Hank Thompson's The Wild Side of Life which blamed womern and alcohol for leading him astray. No, sang Kitty, using the same tune. "It wasn't God who made Honky Tonk Angels,.... Many a time married men think they're still single, that has caused many a good girl to go wrong. It's a shame that all the blame is on us woman, ....from the start most every heart that's ever broken was because there always was a man to blame".  It's overstatement of course, but understandable given the heirachical situation at the time. Women (and men) aren't born bad, they're made bad. So even if Kitty Wells, the Fricka of Country Music,  upholds marriage and good behaviour, she's not judging those who fall.

Ultimately, feminism liberates men as well as women because it shows that there are other ways to be. Again and again, in Country music people are destroyed by this either/or dilemma between perfection and dissolution. Britney Spears went off the rails because she couldn't cope. Many times I hoped she'd learn not to blame herself but the crazy world around her. Singing, she doesn't need to learn from Kitty Wells, but how to stand up for herself.

Lots on this site about Country and Cajun music, feminsism, fesity women and Lieder. Please read here how the Lieder and Country Music traditions ironically connect.

wow what a lovely video. i like this video.!!!!!
Aprons For Women